So, is this Gordon splashing around outside my window panes, and dashing himself upon my sidewalks?  Too heavy for the pitter patter of a shower, the dogs surprised me by running out and doing their morning business.  They hate the rain.  And the flow of drenching looks to continue as another storms prepares to board us on the east coast.
I guess by now everybody has seen the "plaid shirt guy" video, otherwise I'd post it.  Funny, isn't it, how simple facial expressions can say so much.  More interesting, I thought, was the direction he was given, "to be enthusiastic."  They wanted him to applaud, and nod his head, oh, and even wear a MAGA hat.  The "plaid shirt guy" was supposed to be complimentary and encouraging scenery, nothing more.  Or course, when he failed to give them what they wanted he was "fired," or I guess I should say... replaced by females, which in itself is interesting.  Does the Idiot Jerk have a stable of pretty women to fill in the holes in the crowd?  You'll notice I said holes, not assholes.  They would never do that.  They require the assholes.  In fact, I'm fairly certain that if they believed the crowd was going to be too thin they would bus in assholes.  They are desperately trying to flood those arenas with as many assholes as possible.  You can rest assured his administration would like nothing better than to get a video of streams of assholes flowing in to surround the Idiot Jerk, the way detritus clutters up a storm drain after a downpour.
Obama hit the campaign trail yesterday.  He was as eloquent as always.  I saw him speaking from the capital steps in Harrisburg while he was campaigning for his first term in office.  If you ever get the chance to hear him speak, do so.  Yesterday he was very honest.  Republicans hate honesty.  They, like their Idiot President, prefer to sugar their speeches with lies.  Their sentences are far more flexible than contortionists, as they bend and warp their way around the truth.  Video clips of Obama's speech were everywhere, as were transcripts, and takeaways.  If you were to ask me to choose who had the bigger impact, however, I would have to say the "plaid shirt guy."  His video went viral, tearing through social media like a hurricane.  Everybody is talking about him and those moments when he showed his disapproval of the Idiot Jerk in the White House.  And don't even get me started on all the subliminal messaging of his plaid shirt, with its horizontals, and verticals, and lines intersecting lines.  Our nation is not one solid color, we are not a fancy print, we are a plaid shirt, with lines, and angles, and shades, many, many things that together make us one. 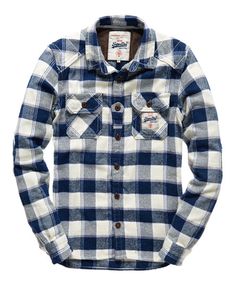