Okay, so this entry is being written a little later than usual.  I slept in.  My day off, you know?  The dogs slept in as well.  I'll have to go back to work tomorrow.
I had my physical yesterday.  Everything is ducky dandy except for my blood pressure - it's a little high.  I'm going to be checking it every morning for the next 7 days.  The results are to be emailed to my Dr.  I'm already on a weak dose of Lisinipril.  High blood pressure runs in my family.  You cannot change your genetic make-up.  There isn't really much of a choice, take meds or possibly have a stroke.  I have absolutely no problem taking meds.
A funny thing from my visit:  on the subject of my cholesterol.  He said it's fine, a point or 2 higher than my last visit a year ago.  I told him I had been curious about my HDL, and LDL and all that jazz because I started drinking 'whole milk' again.  His mouth dropped open; he was so stunned.  Why would I drink something so high in fat and cholesterol.  I explained that growing up, whole milk was all I drank, much preferable to water.  He muttered something about "well, as long as it's only in your coffee."  I didn't have the heart to tell him there are times when I guzzle it straight from the bottle.  The truth is whole milk is not nearly as bad for you as you might think.  Whole milk has less lactose than 2%, or 1%, or especially skim milk - bet you didn't know that. 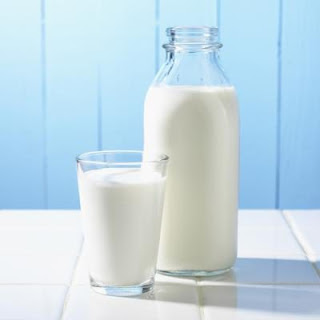 Oh, and I saw where Brett Kavanaugh released several pages of his calendar from 1982...   First of all, keeping a copy of a 38 year old calendar is... odd.  The only calendars I save are those showing a little skin, and they're saved not because of my agenda, but because of said skin.  Believe me, I'm telling you the whole truth.  I suppose releasing his calendars is supposed to prove he is wholly innocent... not quite.  First of all, the notes on them look to have been written by a 12 year old, not a high school student.  I do not know now, nor will I probably ever know, the senior who's excited to be going to summer camp.  Secondly, if he actually was that excited to be going to summer camp, would he list a ' drunken party' party for the following week?  In fact, when I was in high school most parties weren't planned, they more, or less, happened.  There is the possibility, however, that the drunken orgies only happened in the calendar months he kept back.  Thirdly, and this is probably the most important fact, and really has nothing to do with his calendar, one of his good friends, one of the guys he hung around with was... a drunk.  Red blooded, all American boys don't hang around with drunks.  Drunks hang around with drunks.
We will never know the whole truth about that year.  What we do know is that Kavanaugh hung around with drunks, and got drunk, and went to parties specifically to get drunk, and probably to get laid.  He did the same thing in college.... got drunk.  Now he's lying about those days.  Did he forcefully try and rape Christine Blasey Ford?  Personally, I believe her account is more whole than his.  He, like his calendar, excludes everything which doesn't make him seem wholesome.  What percentage of what he says is the truth?  2%?  1%?  Or, has he skimmed most of the truth away?