Well, today's timeline got screwed up somehow.  I'm running a tad behind... or, at least I was.  I cut my morning ride short, only 7 + miles in 24 minutes.  This is how it goes sometimes.
Bad thing in Annapolis yesterday.  This guy Ramos has been charged with 5 counts of First Degree murder.  He'll plead insanity.  He'll claim that after years of hating this tiny newspaper his anger got the best of him.  He's really just a sorry assed sore loser.  He filed a lawsuit against this paper and lost.  Now 5 people are dead.  He will pay for those deaths with the rest of his life, either in jail or in a padded cell.  Survivors will file lawsuits against Ramos and everyone connected with him.  He is an example of the ultimate failure.
Another example of failure is the Republican Party, a minority group who managed to get a majority of senators in the House and Senate.  Because of voter apathy, they also managed to get the worst possible candidate in America's history into the White House.  Now they are planning to shit on the majority without understanding the voters have the real power.
Keep in mind that the most important thing to a politician is his job.  His beliefs are totally dependent upon what the majority of voters in his district want.  He tries to fill as many of their little, dark desires as possible in order to get re-elected.  If those voters say "hate gays," he will hate gays.  He will become very good at channeling his hate, so good change becomes impossible.  Attitudes evolve around him and he ignores the evolution.  He will cling to the loud voices, even as their numbers decrease.  He doesn't understand how they could fail him, they've kept him employed for so long.  Fail they will.
The Idiot Jerk in the White House will try and replaced Chief Justice Kennedy with an individual who will also channel Conservative hate.  He will do this with votes of Conservative Senators who have no problem hating the beliefs of a majority of Americans.  The only way to combat this is to vote these haters out of office.  Put this minority group into their proper place.  The only way to muzzle the Idiot Jerk in the White House is to turn both the House and the Senate Blue.  We may not be able to prevent the damage they plan to do, but we damn well are going to show them we know how to control it.  Vote Blue.  Take Back America. 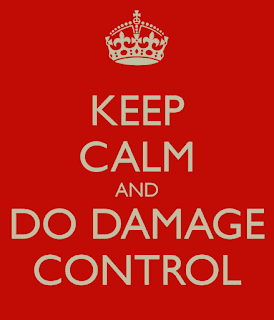