I went to see "Gone Girl" last evening.  It was very good, interesting.  And I didn't go just to see if I could get a of glimpse of Ben Affleck's penis (though I did look).  Now I know a lot of people fault him because his face is not that expressive, perhaps that is why he can play the part of every man very well - he does it in "Gone Girl."  In fact the entire cast does a fine job.  While the content is not the same, the movie did, in certain ways, remind me of "American Beauty."  Both films contain quite a bit of suspense towards the end, however it's not the scary movie kind of suspense.  No, this is more like the "squirm in your seat because it makes you feel creepily uncomfortable" kind of suspense.  Both films deal with marriage, though "Gone Girl" deals more with the entitlement some people feel when in a relationship. 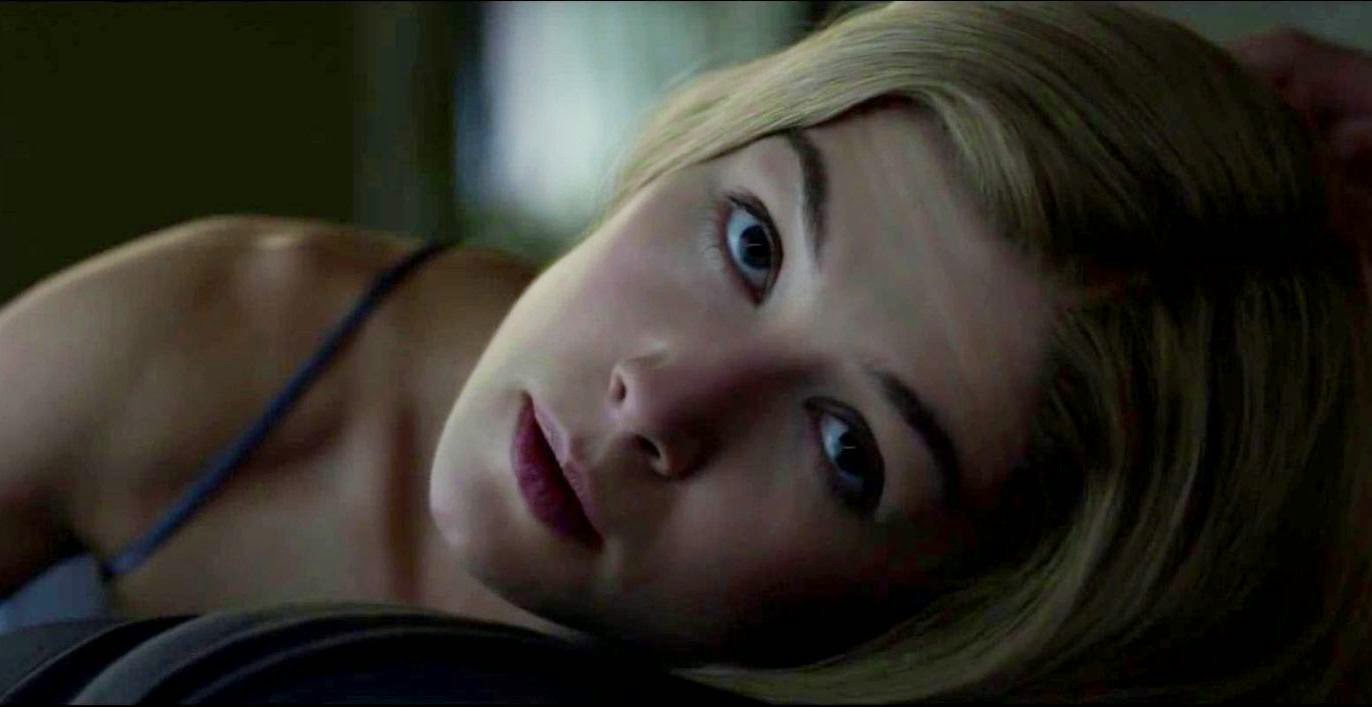 Rosamond Pike stars as Amy Dunne, the girl who's gone missing, and she's getting a lot of well deserved praise for the part.  It was no more then 6 or 7 minutes into the film before I realized she suffered from 'spoiled brat syndrome,' a condition most often associated with single children.  I once worked with a man who had this condition who not only felt he was entitled, but could not, in even the most vaguest of ways, understand why you might disagree with him.  Needles to say, I didn't like him and I didn't like Amy.

Hollywood likes tidy endings.  "Gone Girl" does not have a tidy ending.  This doesn't mean it's a messy ending, just that it's not tied up with a pretty, little bow.  In fact, as I was walking out of the movie theater I turned to my friend Patty and said "you know, I can see a sequel in the works, most likely titled 'Gone Guy.'"