Yesterday I had off and, of course, it was crappy rainy again.  A Nor'easter was sliding up the east coast bringing with it lots of wind and rain.  Weather like that usually means I don't get much done and, besides a couple of loads of laundry, I didn't.  Today the weather has been kind of blustery but at least it's been dry and I got more accomplished then I had intended.  This is always good.

One of the things I completed was the rearrangement of what one of my friends calls the "Compugymmusic Room," because it contained my computer, my keyboards and my weight equipment.  Well the keyboards were moved down to the first floor some time ago and a desk had been installed where the weight bench had been.  In doing so, I opened up the one wall and lo and behold my wall of words.  It was a neat little thing to do when I first covered the wall and it's still neat to look at. 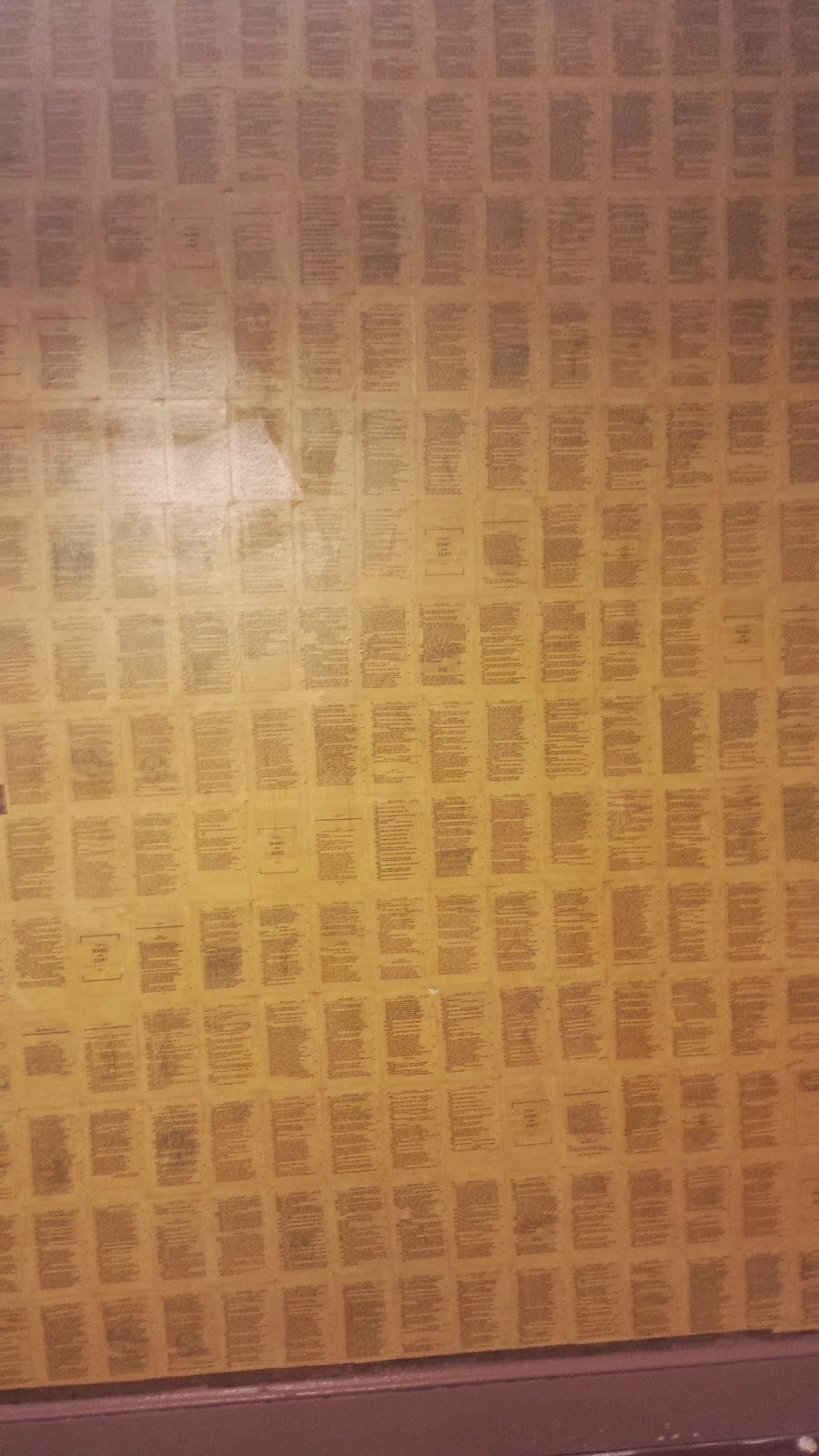 The overhead light is on so there's a bit of a glare, but you get the idea.  In case you're wondering, you're looking at Rome and Juliet.  I guess, if you wanted, you could call it my wall of Shakespeare but I like wall of words.  An acquaintance once said "you know, you'll have to cover it up when you sell the house," which is why he's an acquaintance and not a friend.  Eventually I will sell the house, most likely when I'm old and decrepit, but I don't think I'll ever cover it up.  It was my idea.  It's part of me.  Why should I cover up part of myself?  Who knows, in the distant future, the new owners, who ever they may be, might also like my wall of words.