I sent an email to Bioware regarding my pre-order of Dragon Age Inquisition.  The original game in the series, Dragon Age Origins was very good.  Dragon Age 2 was abysmal, and that's putting it mildly.  So bad was the game, many thought the franchise was dead and buried.  Everybody was quite surprised when Bioware announced that there was going to be a third installment.  Ever since that announcement they have been on a really, really hard sell.  This is understandable for two reasons:  part two was little more then a hot mess from hell; and this is also the same corporation which foisted the disastrous Mass Effect 3 on the unknowing public.  Putting it in easy terms to understand, they have problems with story telling.  They don't understand their audience, at least they didn't until the ME3 fiasco, at which point they began learning fast.  To give you some perspective, 6 weeks after the game was released it had already sold 3.4 million units starting at $60 and going up to $125, depending upon whether you wanted the collectors edition or not.  At that point, because the ending was so hated, sales began to hemorrhage badly.  Bioware had wanted to create a legendary game and what they sold to the public was a legendary failure.  So bad were the fans bleeding away, a few months after the game's initial release, Bioware released an extended cut in the hope of putting a bandage on the wound.  It failed.  Paul Tassi, from Forbes, called it "too little, too late." 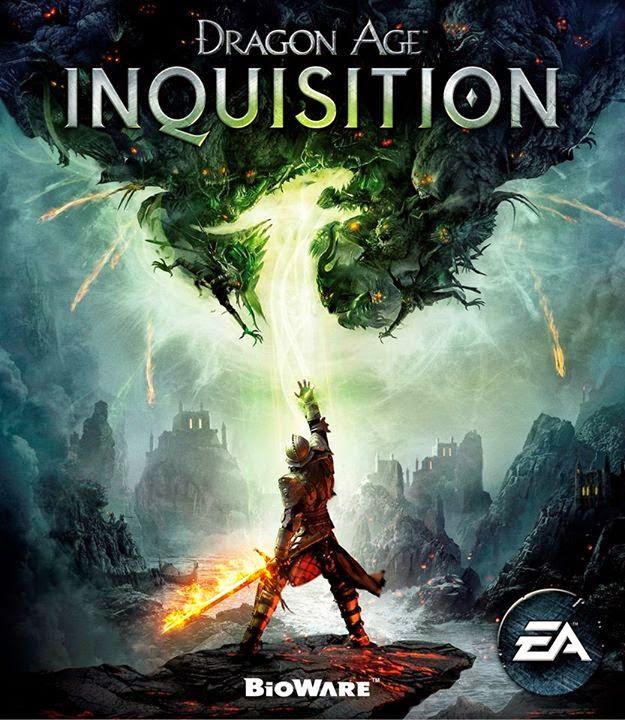 Originally, Dragon Age Inquisition was to be released in September, however, that date has been delayed until late in November.  Supposedly this was done so they could "fine tune" the game in order to give the fans the best gaming experience possible.  I read this as them saying "hey, the game looks great, the combat is damn good, it's just that we still don't know how to tell a story."  Now, I may be wrong, but I also remember those few months between the initial release of ME3 and the extended cut.  All they could come up with was a leaky bandage, when what they truly needed was a tourniquet.  This is why I sent the email and why I'm trying to decide if I really want to plunk down $70 for a game that's going to end up being another major disappointment.
Posted by Dave R at 12:12 PM