Well, hello Weekend.  I'm talking about the two days, Saturday and Sunday, not the guy who got pissed off because he didn't get a Grammy nomination a few years back.  I didn't see, did he get a nomination this year?  Or has he already begun to cycle past his relevancy?
A lot was accomplished yesterday. I rode 4 miles on the bike and realized I needed to do some more rearranging.  That took up a bit more time than I had been expecting.  The camera and mic are now set up downstairs in preparation for the YouTube channel.  I'm sort of excited... but only sort of.
One of the things that surfaced during my rearranging, was this:  Back in 1977, while at Lebanon Valley College, I direct West Side Story.  Here's my program, with the tatters of my 'opening night' boutonniere still pinned to the cover. 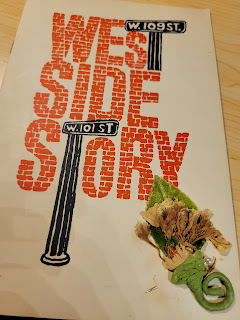 And I ordered a new gaming PC as well: 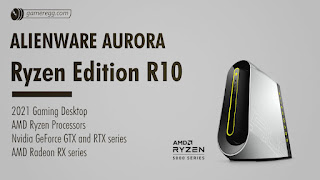 The new computer is not due to arrive until May 12, which gives me plenty of time to prep the stuff I want to transfer, and decide what I want to store in the 'cloud.'  Honestly, I can't wait.  The speaker jack faded out yesterday.  My speaker system is now connected to the headphone jack in the front of the PC, which still works.   More wires = less fun.
Posted by Dave R at 7:57 AM