Yesterday was cold and breezy.  That being said, I'm pleased with my accomplishments.

I took the Cannondale X6 into the bike shop for their 'trade and sale' event.  At this point in my life, there isn't even a bad reason for me to own 2 bikes.  While old, the bike is in pristine condition, but again, it is old, so I figured try to get $150 to $200.  I was more than a little surprised when they asked if I'd set the top price at $300.  Of course, I said "sure," but was even more surprised when, after the owner took the bike back into the shop, to have him hand me a receipt putting the top price at $375.  Even though that would be very nice, I doubt if it will sell for that much.  Still, the surprise was nice.

Laundry was done, I put in 2 miles on the treadmill, plus some rearranging and cleaning of the exercise/computer room.  Even though Microsoft provides good security, I was thinking about getting some additional free virus support for the new PC.  Avast has good reviews, so I downloaded the free version.  However, when I went to try out a game I'd downloaded from Microsoft's Game Pass, Avast blocked it.  We're talking Microsoft's Game Pass here, not some hole in the wall software company, so Avast was uninstalled rapidly.  I also had to uninstall the game and redownload it because when Avast blocked it, it blocked it permanently.

And how about the Conservative attacks on Disney?  Their hypocrisy is coming straight from Hell. 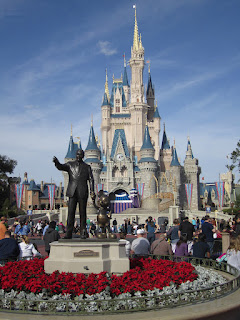 Republicans had no problem with Disney as long as campaign donations flowed into their coffers, however, once that started changing Conservatives turned rabid.  Truthfully, social conservatives have long had a problem with Disney's stand on diversity.  You see, they want Disney to hate the same way they hate, the same way Jesus tells them to hate... oh... wait a minute.  Jesus doesn't tell them to hate.  It's one of the other guys, one of the disciples, perhaps Saul, who changed his name to Paul because Saul sounded way too Jewish.  Social conservatives want you to turn off Disney.  Cut the cord!  They want you to believe you'll be damned if you watch the next season of The Mandalorian.  Can you hear me laughing at them?