Okay, so today is my Friday, even though the calendar says that it's actually Saturday.  I'm off for 2 days and then get to work for 5.  That's not so bad.  After that I have 3 days off in a row.
Pennsylvania politics got ugly.  A 'wanna be' Idiot Jerk running for Governor, Scott Wagner, posted a video in which he claimed he was "going to stomp all over Tom Wolf's face wearing spiked golf shoes."    Scott is angry because Wolf aired an ad in which a valid statistic was quoted, a statistic which proves Wagner to be an "Idiot Jerk wanna be."  That statistic?  Wagner's company, Waste Management, Inc., has sued over 6,200 individuals.  Wagner's explanation is "that's how you handle delinquent accounts."  I'm calling bullshit on that statement.  At one point in my accounting career I worked in Credit Management.  You don't file lawsuits, unless you're the Idiot Jerk in the White House.  Nope.  You turn them over to a Collection Agency.  So, Scottie's angry, and his video is making National News.  And he looks like every other Republican scumbag.
And something else is making National News, besides the devastation of Michael, and Kanye's audition for the position of Court Jester.  American Cheese is dying.  Millennials aren't buying the artificial, non-nutritious substance.  You know?  The fake food the Idiot Jerk likes on his hamburgers?  The orangey, yellowy slices Kraft sold as individually wrapped singles?  It seems that millenials want to eat real cheese rather than a substance with chemically induced flavor molecules.  Evidently that's not the only food-like substance on the decline.  Breakfast cereal has slipped into the fade zone.  People are turning away from it's sugary enhanced goodness.  And golf, too, which is turning into the sport of pretentious rich guys with artificially enhanced hair and chemically induced skin color so redolent of a product formulated in a laboratory. 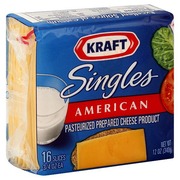 People thought the Idiot Jerk's skin color was sprayed on, which would entail him actually standing naked while someone hosed on color.  Now we know the truth.  He's the perfect example of what happens when all you eat is American Cheddar.