Well, it's Thursday and I have the day off.  I slept late today.  Didn't get up until 0530.  Even the dogs snoozed along with me.
One of the nice options that comes with the upgraded Starlink packaged I subscribed to is the ability to turn on the windshield defroster.  This means no more having to scrape the frost from the windshield in the mornings... that's if I remember to use it.  I'm sure I will.  And I've also begun to go through the owner's manuals.  Most of the stuff is familiar.  Dealing with some of the apps in the Navigation system is a bit different, but not much.
I saw that Ty Herndon has a new album being released on November 11.  He's an Out country singer.  I actually owned one of his discs a long time ago.  What makes this sort of interesting is that I saw him 'live' at the Zembo. 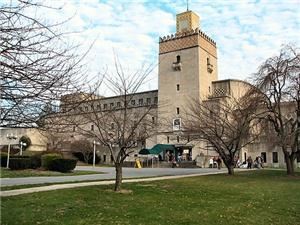 I've been there several times for concerts and once for a Christmas Party.  Very Moorish. 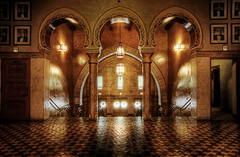 In fact, the Zembo is one of 3 geographic locations in which scenes were set in "The Body on the Lawn."  Can't you just hear Lelani babbling on about the 'Moorish tiles?'  And I did see Ty at a Bob birthday bash. 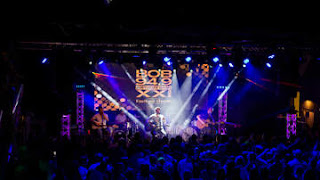 Fiction should always have a touch of reality, and one of the building blocks I used in my foundation was the Zembo.
Another reality is the October Surprise.  It turns out it wasn't Kavanaugh, or the stock market losing everything it had gained in 2018, or even the murder of Jamal Khashoggi.  Nope.  The October Surprise is much more ugly than that.  It's reality is based in terror.  Pipe Bombs.  This is the ugly face of the Idiot Jerk in the White House and those miscreants who worship him.  At his rallies he has consistently hammered home hatred for Democrats.  He calls them an evil mob and his acolytes cheer.  He shrieks how Liberals will destroy everything the Evangelicals hold so dear, and they bow their heads to him in prayer.  And, like a true Republican he blames the media.  People are seeing how big of a shit bag he truly is, proving he is really nothing more than an embarrassment to humanity.   Both he and his party need to be stripped of power.