In case anyone is wondering, this is my kind of half hump day.  You see, you can only have a true hump day when you work an odd number of days, say 5 or 7 (you can't really count 3 since it's barely a week).  Since I'm working 6 days in a row, sometime this evening I will most likely have a hump moment.  Not that it will be anything I will be specifically aware of, sort of like when Big Seig burps.  He doesn't even know what a burp is.  For him it's just a mini 'woah' moment.  Here, and then gone.
An interesting thing about this whole Brett Kavanaugh travesty was the commentary by 'wanna be' pundits, those desperate men and women who feel a need to be the voices of authority.  While I was sitting at the Flooring Desk yesterday, someone came up to me and said "NPR says the midterms are going to be difficult for the Democrats."  That was the third time I'd heard that, or read that, (I believe the Mistress mentioned it as well).  This person is making a consensus statement without so much as a single contrast, or comparison, to the mood in America.  Whether intentional or not, that statement sounds demoralizing as hell, and this commentator needs to be educated.  Conservatives are the minority group in this country.  Having Kavanaugh on the Supreme Court is not going to move voters to the right.  The Idiot Jerk's approval rating isn't going to miraculously climb, not is his disapproval rating going to drop.
Now, I'm not saying the Crazies on the Right haven't been energized.  NPR needed to qualify their thesis, and didn't.  They needed to compare the two.  If the minority conservatives are energized, then the majority of America, then the Liberals, the Centrists, the Independents have become nuclearized.  Our anger is galvanizing.  They are the fluffy, pink Energizers, and we are the Copper Topped, Dominating Duracells.  In case you didn't know, in case you didn't know, we beat the fluffy, pink bunnies hands down..  In performance, we outlast, we endure.  They have the Idiot Jerk in the White House.  Don't you think it's time we wiped that shitty smile off of his face? 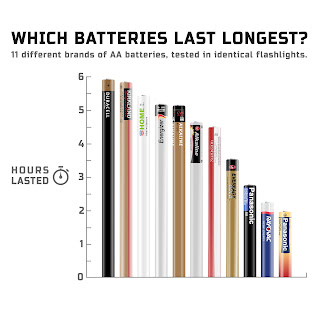