Of course there is some buzz out there about the new (most likely old) emails of Hillary Clinton.  There's also a lot of speculation about the timing of FBI Director Comey's letter, whether it was politically motivated.  What seems to be most apparent, however, is the fact that these new emails will have little or no bearing upon the election; that they're one more dead horse for the Republicans to beat.  What does surprise me more than anything is that Huma Abedin, with her close involvement in Clinton politics, would share a laptop with her husband, Anthony Weiner, or any husband for that matter.  I would have thought she'd have gone to Best Buy and bought herself a work computer.  There not that expensive so I'm sure she could afford it.  Why would they share a laptop?  I have a laptop, a PC, a phone and a tablet.  I mean, if I were working for Clinton and married to a perv like Weiner, I'd tell him to keep his fingers off the laptop.  I'd tell him to keep his pervy stuff on his own computer.  Evidently this is not what happened.  Is it just me, or do these people seem rather stupid sometimes? 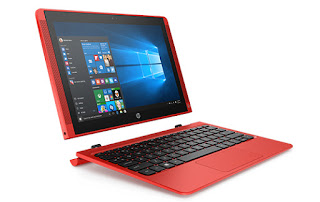 Or maybe they're just clueless.  If I were Hillary, I'd hit her upside the head with a brick, or maybe wear a lapel pin "stupid me."  Sure, Abedin is married to Weiner and maybe he was a whiny Weiner and they shared a laptop to shut him up.  Or maybe she totally forgot about his history as a perv and decided it would be okay for them to share a laptop.  Or perhaps she decided it might be fun to access her email account from as many laptops, PC's and phones as possible.  But I suspect, more than anything else, she's just just too special to worry about having her email account hacked.