Crack in the World... I mean GOP

I have always been a fan of disaster movies. if it was tidal waved or shaken down, burned up or frozen out, you could, and still can, usually find me in the audience.  One of my favorites, if not my all time favorite, is Crack in the World, in which an often shirtless Kieron Moore tries to stop... well, a crack in the world. 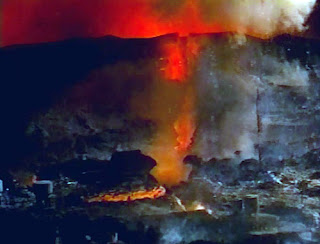 This fracturing was started by scientists who thought they knew better, a group much like the GOP leadership, who detonated a nuclear warhead in their attempt to blow a hole into the earth's core.   The attempt to stop the crack merely sends it back in on itself.  Moore, in a shirt 2 sizes too small, and some chick escape as a large chunk of the lower pacific ocean blows out into space to form a 2nd moon. 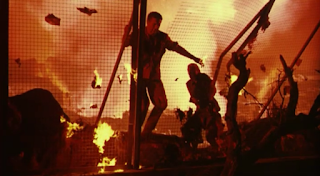 Anyway, I was reading this article on the NBC News page when certain logic circuits triggered in my head and I realized the same thing was happening to the GOP.  I mean the Trump candidacy is the nuclear warhead and it has truly fractured and cracked the party.  See what I'm saying?  It's like the Crack in the GOP.  The election on November 8 is going to turn that crack back upon themselves.  The only way they can survive is by splintering, and forming a moon party, or maybe they'll call themselves the party of Trump, or possibly the Trumpidores.  I don't know if this means we're going to get to see Paul Ryan running around without a shirt, trying to save the party or not.  However, one thing's for certain. 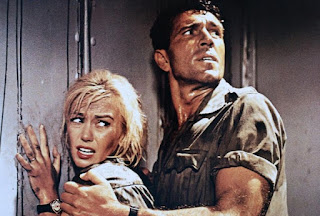 Paul Ryan is no Kieron Moore.