The GOP wakes up and kicks a dead horse.

Yesterday morning the GOP got up and kicked a dead horse... again.  You know what I'm talking about, Benghazi.  They're terrified the election of 2016 is going to put another Democrat in the White House.  Instead of doing anything substantial to actually try and win the election, they kick a dead horse.  Why should we expect anything more out of them?  In fact, it seems as though the GOP has cornered the market on two things:  kicking dead horses and shitting in their pants, they do both exceedingly well.  While they will try and salvage a festering scrap of red meat from Clinton's testimony yesterday for the party base, for all intents and purposes they failed.  This is what was to be expected.  They've been failing for years.
And they've been shitting in their pants ever since they managed to get George W. Bush into the White House.  They totally ignored the fact that he got the job thanks to hanging chads and a conservative Supreme Court (amazing how much they liked the Court back then), and with a resounding splat, shit in their pants.  He is considered the 2nd worst president in American history, though I suspect as time goes he'll reach the pinnacle of incompetents.  The GOP will never admit to this, to do so is to admit that they, themselves, are good at only two things, kicking dead horses and shitting in their pants. 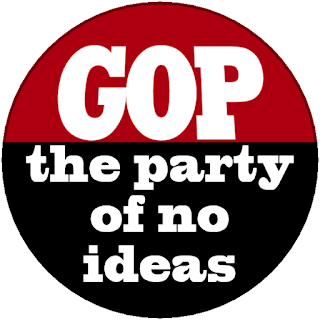 Don't believe me?  Look at those jokers who are vying for the Republican nomination.  Crazies, every single one of them.  The fact that the Republican base likes both Trump and Carson, that those two individuals are leading in the polls, is frightening.  And the rest of the clown parade is just as bad.  So, instead of presenting ideas that actually might be workable, they attack.  And they kick dead horses.  And they continue to shit in their pants.  I suspect it might be 2024 before are even able to name a viable candidate for the presidency.