I get my cardio in one of two ways, either on my bike or on my eliptical.  That's right, I own one, and it's big.  Call it a size thing.  While I always wear an HRM while doing cardio, I almost never turn on the GPS when I'm on the eliptical since I'm not really going anywhere.  Yesterday... I turned it on.  Tracking was, shall we say, sporadic as far as location.  Even though I had never left my dining room, according to the map I was all over the place.  I'm posting it below so you can see what I mean.  If you look at the red elevation line you can see I'm also going up and down, and not by just a couple of feet. How's that for accuracy?  Don't they use GPS when they're dropping bombs? 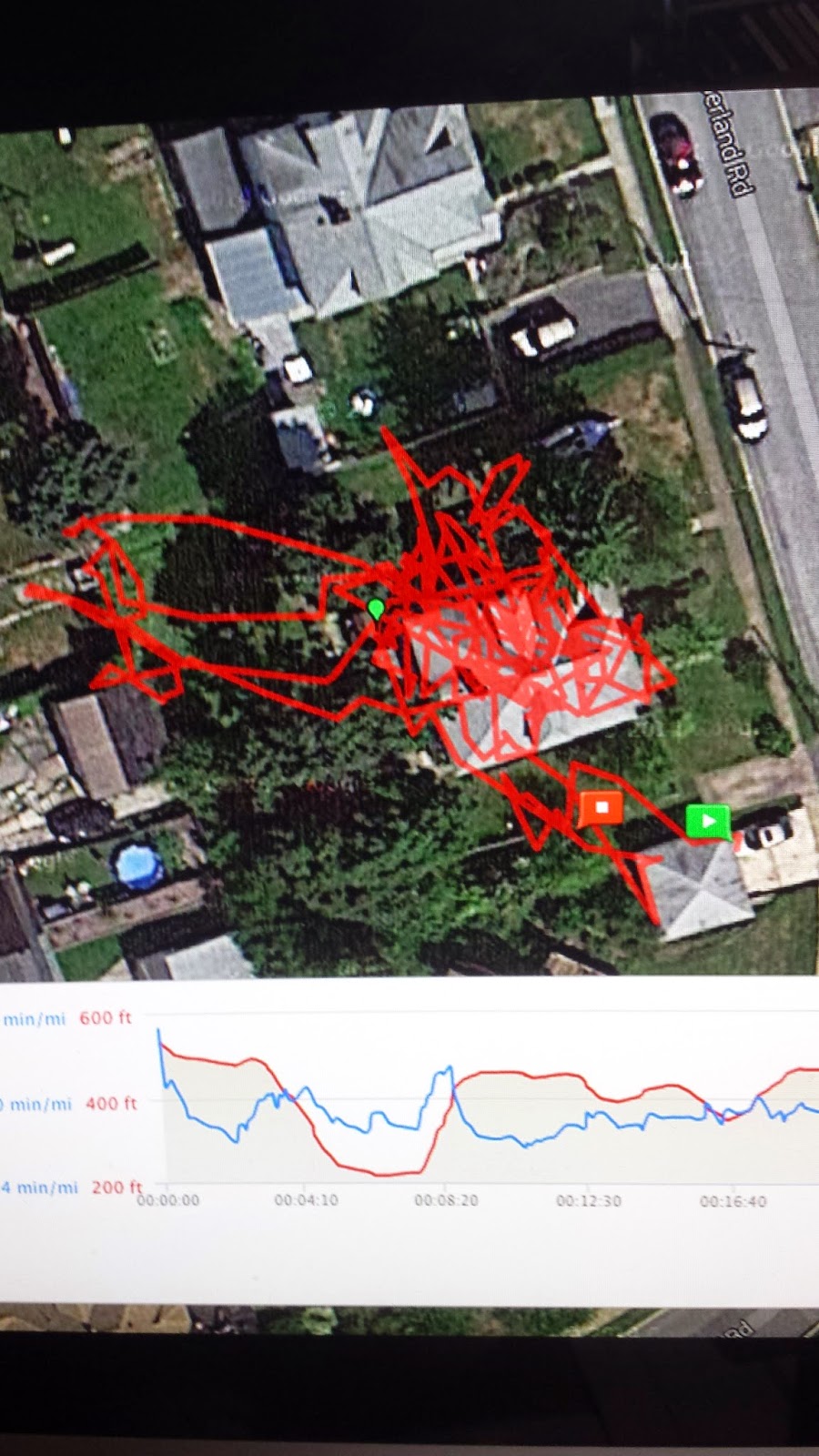 As I said the eliptical, a Sole E95, is large.  It's in the dining room because it was too big to get up the stairs, like I said, it's a size thing.  Perhaps if it hadn't been delivered almost completely assembled things would have been different.  I'd have more space in my dining room and the eliptical would be upstairs, in the weight room, where it was intended to go. 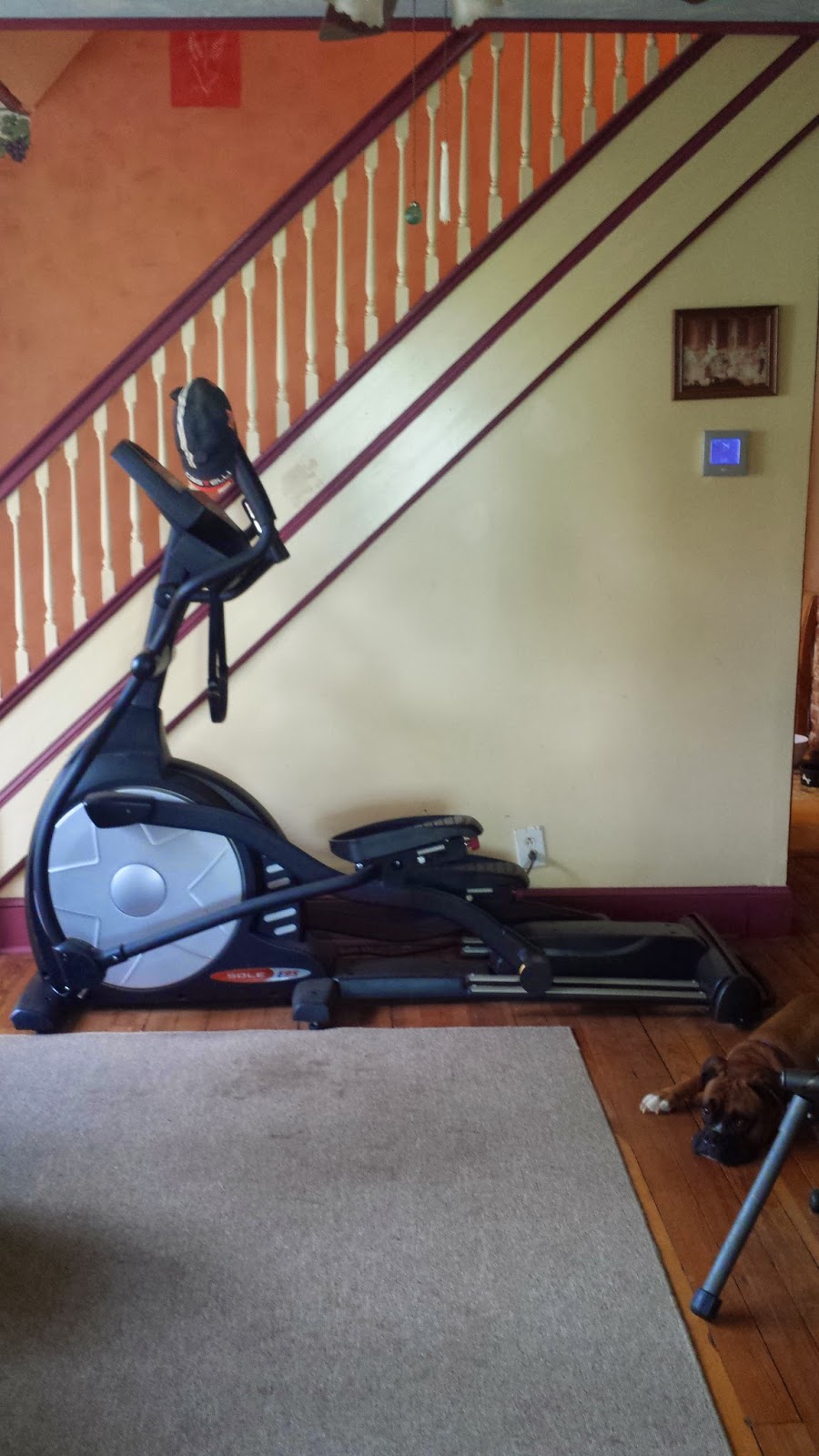 The bike I ride is a Cannondale X6 Cyclocross.  Back when I  bought it, Cannondale was still building their bikes by hand out near Johnstown.  This is no longer the case.  The gears are different then a road bike and it has wider tires.  A friend of mine has a nice Cervelo road bike.  Where as I can take mine off the road he can't, at least not without worrying he'll hit a teeny, weeny stone and bend one of his expensive rims. 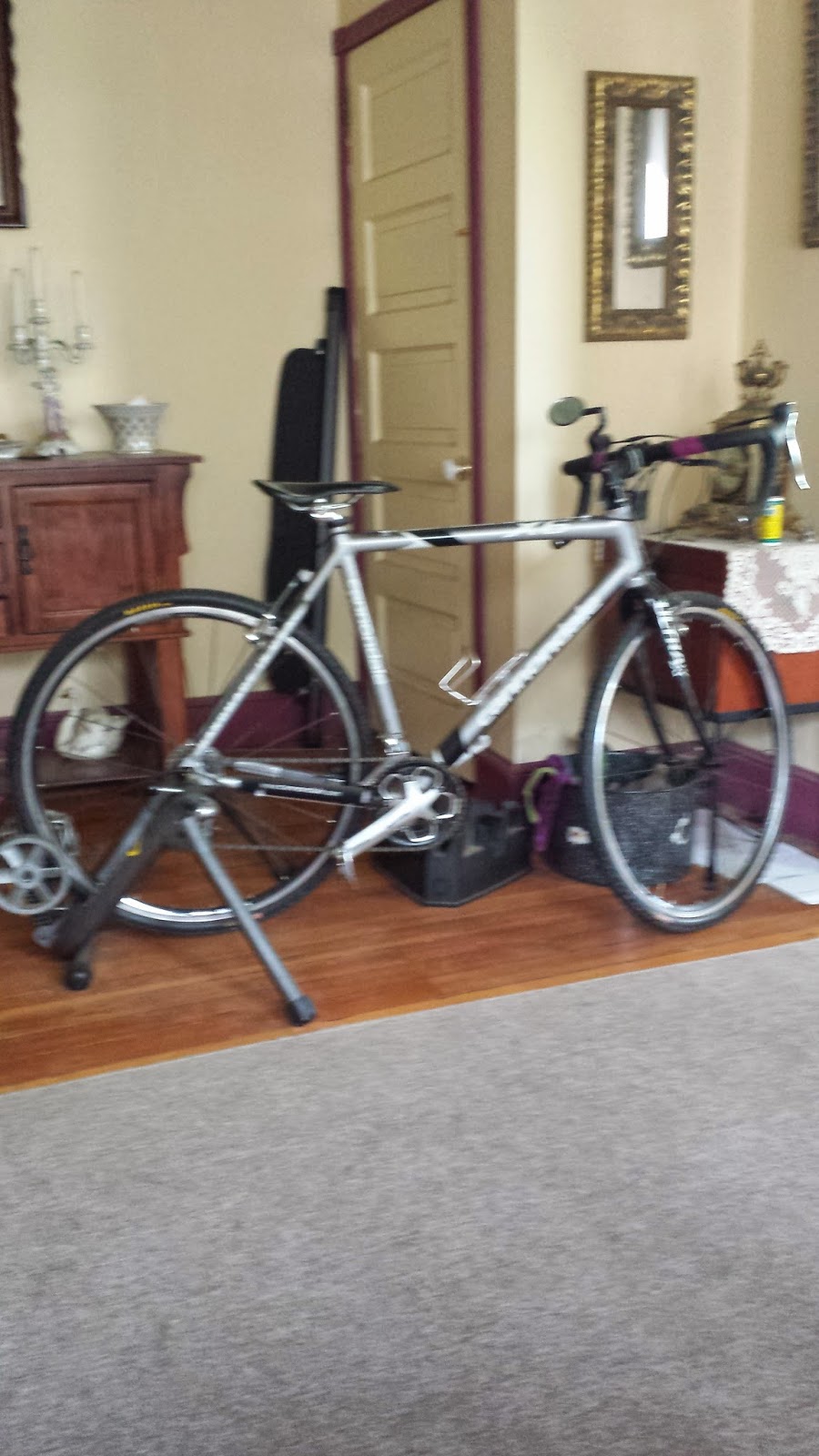 Finally, I thought I'd throw in a pic of one of the NRC's (naked rubber chickens).  This one has a hole in it's belly and has lost it's squeaker, and is the only one the girls can take outside.  The other still squeaks.  That's right, they have two. 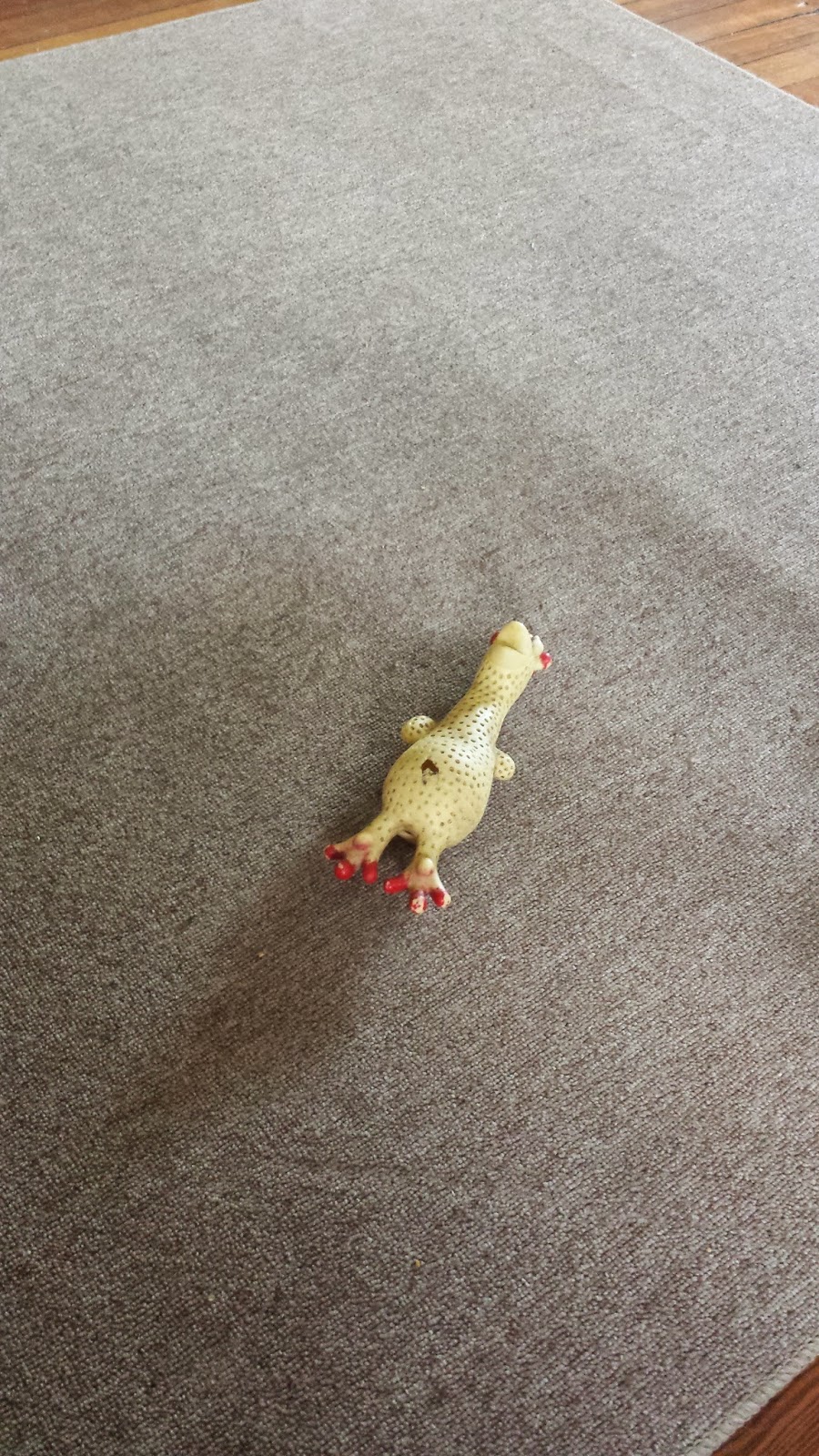 It's the little things, you know.