It's Dr. Who this evening

Way back, three weeks ago, when they were writing the schedule for this week I had to request an early shift for today.  Why?  The new Dr. Who series premiers tonight on BBC America.  There was a time when we'd get the show 2 to 3 months after the UK premier, however that changed some bit ago.  Popular it is, you see, and people were downloading copies on their favorite torrent.  Now the show premiers simultaneously in both the UK and over here in the US, and probably several other countries as well.  And, in case you were wondering, I've been a fan of the show for over 30 years.  I was actually aware of the show 40 years ago, back when I was in college, but didn't begin watching it on my local PBS affiliate station until I moved into my first apartment.

And in case you're wondering, my favorite doctor is Tom Baker. 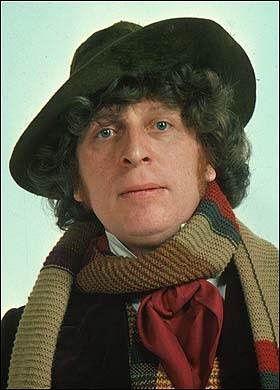 The show was actually used for filler on Saturday afternoons and not part of the station's prime-time line up.  Because of this, they didn't telecast individual episodes but rather the entire story-line series at a time.  So every Saturday I got to watch 2 to 2 and a half hours of the Doctor.  And, of course, Tom Baker was the first Doctor I saw.  Over time the episodes with all of the previous Doctors were shown.  Mr. Baker was the first to have fun with the role.  He didn't play the part as though the weight of the universe was sitting on his shoulders.

So this evening the girls will get their Saturday night bones, and I' sit back comfortably and watch the first episode of the 14th Doctor.  And I have no doubt it will be wonderful.