Last week was Madonna's birthday... so what?  Now I know she has her legions of aging fans out there who live and breath Madonna, me?  I could care less.  Of course, I've never been a fan.  The truth is I purchased one of her discs (the one with that crucifixion video), listened to it two or three times, and gave it away.  Without the video, that song had no legs to stand on.  So it is with all of her music.  Because of this, history is going to be less and less kind to her and in the end she will be a small blip on the musical radar of the late 20th century.  Her biggest downfall is that she failed to write (and I use that word loosely) a standard. There is no "Your Song," in her repertoire, no "Goodbye, Norma Jean."  Look at Whitney Houston.  She took a Dolly Parton throw-away, from a bad version of a good Broadway musical, and turned it into a standard.  That's not going to happen with "Like a Virgin," or "Poppa Don't Preach."  They may have been trendy songs and kept her name in the spotlight, but trends pass.  If you go to a concert these days, it is far more likely the band is going to break into a rendition of "Saturday's Alright for Fighting," then they are "Vogue."  You are more likely to hear a Rolling Stone song, or a Beatles song, then you are one of Madonna's. 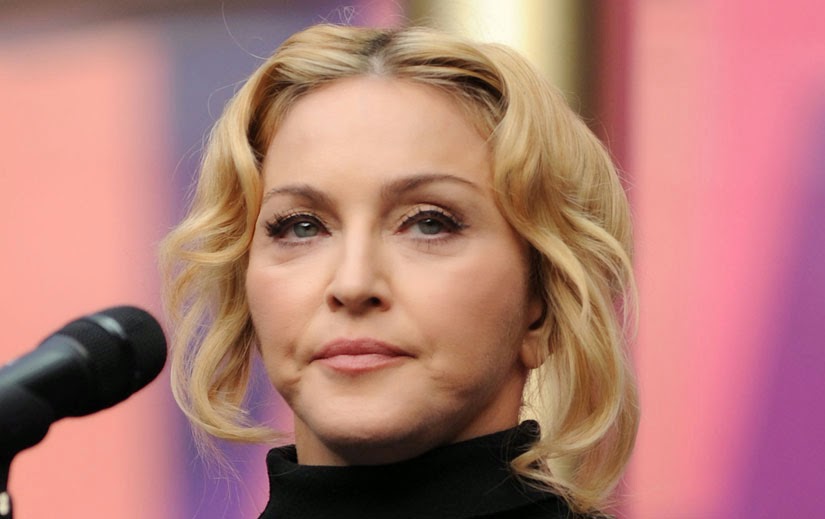 Fans will say I don't know what I'm talking about, but I do.  I work in retail.  I hear the music which gets played over and over again.  You know those songs that are supposed to keep people in the aisles so they spend more money?  I hear all kinds of music from greatest hits, to current pop music, even country now and then.  They never play Madonna.  People will hate me for saying this.  You know, those devotees who just can not believe she, like her music, will be here today and gone tomorrow.