I was reading John's blog this morning about the flower show, very quaint in a good sort of way.  We don't have anything like that around here.  I don't think we ever did.  For years and years and years, Enola was a railroad town and, unfortunately, many of those in nearby communities viewed it as being 'on the wrong side of the tracks.'  Everybody who lived here worked for the railroad and most of what came through was coal on it's way to Bethlehem Steel.  Coal is dirty, so for a long time we were a dirty, little town.  Of course things have changed.  We still have the railroad, but it rarely, if ever, ships coal.  Now everybody wants to live here and what ever might have been considered quaint is disappearing.

It would be nice if we had the quaintness of a flower show, instead we have the East Pennsboro Pumpkin Festival (ie Pumpkin Fest).  And it's big.  Why we have it is beyond me since this area is not known for either its pumpkin growers or its pumpkins.

This is what it looked like in 2011.  It is also the park where I take the dogs for their walk.

To get an idea as to how big this thing is, the area on the right?  Those are the vendor booths.  They peddle anything and everything pumpkin. 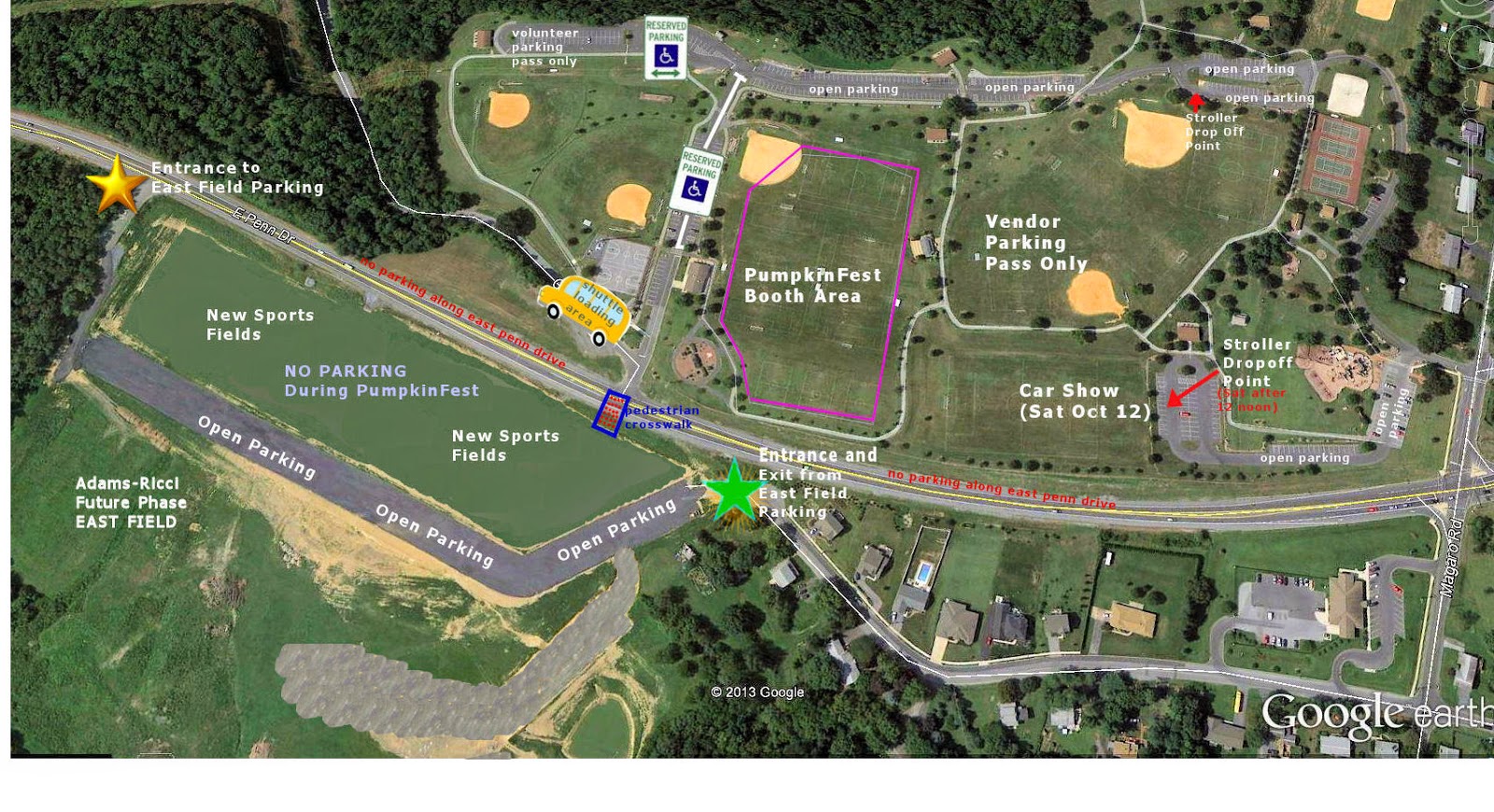 This pic is, again, from 2011.  Oh, and I have to correct myself, there is also a car show which runs in conjunction with the pumpkin festivities.  See the little, yellow school bus?  Parking is so terrible they need to shuttle people in from nearby parking lots.

I like pumpkin pie, and pumpkin cookies, and pumpkin bread, but I've never bought any of those items from the Pumpkin Fest.  You see, I've never been to the Pumpkin Fest.  I have no desire to go, to have to deal with the traffic, to have to pay to park (even in those outlying lots where you need a shuttle to get to the festival).  This thing is far too big to be quaint.  People attend by the thousands.  i guess they just don't know the difference between a pumpkin festival and pumpkin hell.