Evidently Fall arrived during the night.  The temp this morning is a cool 52 (F).  How happy I am not to be disappointed.  I've checked several temperature readings, both online and in my house, and I'm pleased to say there is no evidence of temperature fraud.  That 52 (F) is accurate.

My schedule has been posted for my first week of part-time employment.  I work 3 eight hour days, Thursday, Saturday and Sunday.  Thursday and Saturday I start at 0900, so I may be the opener.  Total hours?  24.  I don't find that disappointing in the least.  That was my goal.  Timely hours that allow me to have more 'me' time at home.

We did receive another couple of inches of rain yesterday.  Some found its way into my basement, not much.  In some places, maybe 1/4 of an inch, while other areas stayed bone dry.  I'm not disappointed by that at all.  Hopefully, I will be wrong and Climate Change will not turn us into a Tropical Rain Forest.  Personally, I think that would be a winning situation. 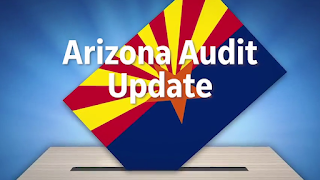 for Republicans.  You see, the truth is the Orange Anus lost by even more votes than previously recorded. That squishy sound you hear in the background?  That's what 130+ congressmen in the House squirming around as they shit in their shorts.  One of the articles I ready said "Republicans are going to be Gravely Disappointed."  That's an understatement.  But don't worry, they will try to obfuscate The Big Lie.  They will start to shriek that 'inconsistencies' found mean they need to overhaul the voting laws.  Nope.  The time has come to hold this liars accountable for their actions.  Take the power of their lie away from them.  Vote them out of offices.