Okay, so I didn't get a chance yesterday to sell that racist customer her flooring.  She came in on Wednesday, my day off, and made her purchase.  They took off certain charges because she kept complaining how she was an "older woman with a fixed income."  Once the black and Latino installers get to her house, they will have those charges put right back on.  She will most like shriek and moan "they're charging me because they're black and Latino."  Sorry, the very large, home improvement retailer I work for has very diverse policies.  Of course, the install will take place after Tuesday's midterms and she might be too shell-shocked to do anything except shove another bon-bon in her mouth.
So, a friend of mine posted a meme on Facebook about Pennsylvania having the 6th highest taxes in the Nation, and that was a good reason to vote 'red.'  Of course, I spent a minute and a half researching this claim, already knowing it was false.  In fact, when it comes to State and Local Taxes, Pennsylvania ranks 34th.  Here's what we pay in State Income Tax. 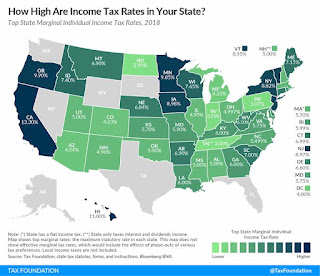 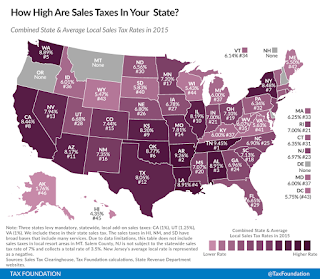 Taxes are a lot higher in some states, like California and New York.  Using high taxes in Pennsylvania as an incentive to vote Republican is a lost cause.  Unfortunately, shrieking about taxes has always been a GOP strong point, until you start drilling for the truth.  Higher standards of living and higher pay rates equate with higher taxes.  If you happen to live in a state with a lower standard of living and a lower average pay rate, like down in Conservative Mississippi, and your taxes are high then there's a problem.  Look at North and South Carolina.... Wow.  Those people do pay a lot of money in taxes compared to... oh, say, Pennsylvania.  When it comes to taxes, Republicans have always promised a lot and, in reality, given very little.  Greed, you know?  Their economic plans are always dependent on greed.