This is kind of funny.  While Trump was speaking to a group of pastors and religious leaders down in Florida he started whining about Utah.  Evidently the conservative Mormons are not buying his rhetoric, most likely, I suspect, because he turns their stomachs, in fact, as far as they're concerned he was the GOP's worst choice among that whole hoard of candidates on the slate.  Maybe it's because the Republican Party has turned from a conservative party to a hate party.  Perhaps they realize that as a minority religious group Trump might single them out, should he ever become president.  As we've all seen, if your a minority group you're fair game to Trump, we've all heard or read him talk about minorities "you know, they just don't get, you know, you know, you know what I mean, they just don't get it," except in regard to Mormons he'd be speaking about the Christian thing.  He doesn't care if the Constitution guarantees freedom of religion because... well, he just doesn't care. 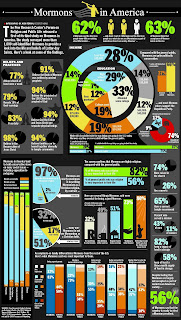 Which is why he brought up Utah, and the Mormons, while speaking to a group of evangelicals.  He needs to get the evangelical base out to vote for him since it now seems possible that red Utah may turn blue.  This is why he's speaking to the Christian base, pretty much telling them that the Mormon's might possibly swing the election.  If he's treating the Mormons this way now, practically writing them off, what's he going to do if he ever becomes president?