What an interesting Monday, yesterday was, evidently Hillary received a big... big bump because of her well run convention, and I found out I'm being moved to manage another department.
The problem with the Trump convention was that neither he, nor the Republicans could manage to pull themselves out of that cesspool of negativity the seem to love.  Everything is terrible in this country.  Everything is bad.  And Trump, a man who's mental health is now beginning to be questioned, a man who can be baited with a simple tweet, tell the world he's the only one who can save America.  Well, that's pretty much horseshit.
Warren Buffett baited Trump on his taxes.  Trump called Clinton the devil... well, that was to be expected, he has to throw a couple of bones to the evangelical crazies on the right.
And, of course, Hillary did get a big bump... 8% seems to the average when you tally all of the results.  This means we all need to get our shit boots ready because Trump and his horde of Trumplodites are going to go ballistic.  He has already started spouting idiocies about the election being rigged.  He is totally incapable of understanding there are millions, and millions, and millions of people who are totally unimpressed by his own self anointed greatness.  Let's just hope our boots are high enough. 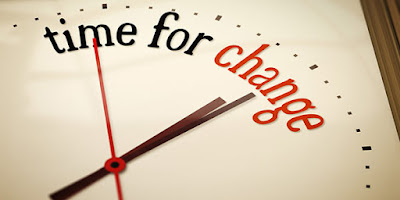 And I had a nice conversation with my store manager yesterday... I'm no longer going to be managing the paint department.  This means there are not going to be anymore bad paint customer stories.  Nope.  In a few days, I will be taking over the reins at the Front End, managing over 40 cashiers, plus the lot attendants and the Pro-Loaders.  This will mean no more 'overnights.'  No more hoisting around 60 lb buckets of paint.  I will now have a schedule which will be similar to the one I worked when I was in accounting.  I might actually give up gaming and start watching TV again.... nah.