Friday Morning.  Yesterday was less productive than I anticipated.  This happens.  I slept in because I was up late... or I should say I went to bed and then got up a little before midnight because Biggie had to go out.  Normally, I fall back to sleep rather fast.  That didn't happen.

I downloaded my MRI yesterday so I could see why my lumbar spine looks like.  I needed to also get a special app.  Several are available.  I chose something called Mango since I like the fruit.  The slides I looked at yesterday were all vertical, I want to see it horizontally.  It's difficult to make out specifics on individual slides, so I'll have to play around.

Still no call from UPMC.  Interestingly enough, my back seems to be realigning itself, or something else is happening.  I don't have nearly the pain I had 2 months ago.  The same thing happened 6 years ago.  Could this be a little of Cura te ipsum?

Alec Baldwin was involved in a fatal firearm accident yesterday on a movie set.  This morning, as I scanned down through Facebook to see if my Navy buddies had posted anything, I saw people were posting pictures of him supposedly taken after the incident.  Losers. I don't understand why people need to post this shit, or even worse, why people like to look at it.

I made a tasty chicken dish for dinner last evening:  boneless chicken breast, fresh tomatoes, lemon, and basil.  No recipe, just me playing around.  Simply scrumptious. 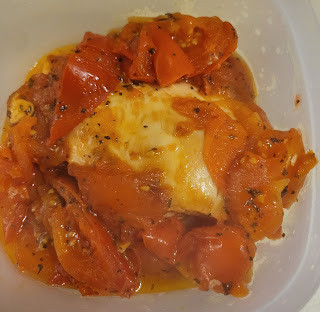 A group of five veterans, Kristen Sinema's advisory panel on Veteran's Affairs quit.  They did not claim that she is a non sequitur, and even though that is normally a literary device, in this case, as far as her being a politician it fits.  They were very specific about her absurdly confusing, non performance as a Senator.  An aid of hers released a generic statement which unequivocally said nothing.  She is, without a doubt, the sum total of her words in this, and in so many other matters.