Here it is Friday.  Payday for me.  I like payday.  Money in the bank, you know?
About a month ago I had stopped in at the Subaru dealership to check out the 2019 Crostreks.  I was told they wouldn't be arriving until... November.  Last week an old Navy friend of mine posted on Facebook how his wife was picking up her new car the next day... a 2019 Crosstrek.  Being the curious type, I went to my dealer's website... and they have 175 2019 Crosstreks in stock.  Hhhmmm.  The 'sales professional' I'd been talking to had promised to notify me when their 2019 stock would be available.  I haven't heard anything.  Of course, he had wanted to sell me a 2018.  I'm sure they still have a number of last year's models in their inventory.  Still, a sale is a sale, isn't it?  Anyway, I've decided to wait until they offer 0% financing.  Then I will look over their online inventory, pick the one I want, and drive 25 minutes to Apple Subaru in York.  I will go through them.  Give them the sale.  I'm thinking I like the Cinnamon color. 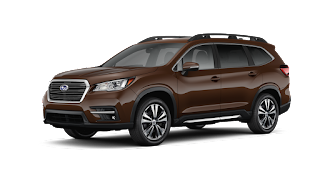 Isn't it interesting how the Republican leadership has remained mum on the Manafort and Cohen?  Of course they can't say anything, they're still trying to swallow back that vomit they all burped up.  One might suspect they, like Cohen, are debating with themselves as to whether they will take a bullet to support the Idiot Jerk in the White House.  Cohen didn't.  Trey Gowdy didn't.  Paul Ryan said "fuck that shit... I'm going to go do some naked yoga," (pictures at 11).  And what about that douche named Duncan out in California?  Both he and his wife have been indicted.  They used campaign funds to pay for vacations.  What did you expect from a Republican who supports the Idiot Jerk?  And they can't get him off the ballet... too late.  Oops. He's not even going to get a chance to take a bullet for the Idiot Jerk.  I wonder if he's in a plea deal yet.  Bet he blames it all on his wife way before November arrives.  No doubt, just like me, he's waiting for the 2019's to show up.
November is going to be a very sparkling month.
This is how life works.