Well, here it is Tuesday and I decided to take a personal day.  This will give me 3 days off in a row.  Of course, the ASM I talked to wasn't happy.  She doesn't understand that I'm at that age where there needs to be mutual respect between employer and employee.  That isn't always the case.  New associates, younger associates, those with ambition need to bow down to management more than I.  Being retired does have its perks.  The debate is raging as to whether I should go part-time or not.  if I could be guaranteed 30 hours per week, that would be fine.  In retail, however, that not a certainty during January and February.
And isn't the Amarosa bit amusing.  She might be a shallow, self-centered woman, but she does have a knack for pissing off the Idiot Jerk in the White House.  That's funny.  He's not too good at hiding his racism, and she is bringing out the truth, not so from her book, rather it's the Tweets he shits in her direction.  Thanks to her the world now knows his aides need to sign Non-Disclosure Agreements.  Hahahaha.  What else would you expect from a scumbag president?
Oh, and what about Stephen Miller's uncle criticizing him in an essay.  Does that man really thing his opinion is really going to change Steve?  Not in the least.  Miller doesn't care about his heritage or his roots.  What he does care about is white supremacy.  You see, Steve wants to keep American as white as possible for as long as possible.  He has more in common with the people his grandparents were running away from, then he does with his grandparents.  In case you're wondering, this guy's an evil toad. 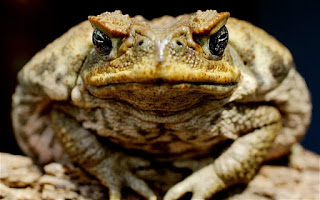 Of course, the Idiot Jerk in the White House doesn't see him as such, rather he sees Evil Steve as a strong leader, a man who takes a strong stand.  Nope, there's no compromise in Steve.  He hates everything that isn't White Bread American.  He is the Idiot Jerk's evil toad.
Posted by Dave R at 8:01 AM