Well, you know what they say about the best made plans?  Yesterday I was going to remove the damaged crank and replace it with the new crank?  Well, not so fast there buddy.  Unfortunately, I need a torque wrench, something I don't have.  I have allen wrenches, and ratchet sets, but no torque wrench, and it takes about 35 lbs of torque to loosen the crank.  This is nearly impossible with a little allen wrench.  Rather than jump in my car and drive to Pep Boys, I chose to order it from Amazon with the arrival date set for Thursday.  I'm off Thursday, so that works for me.  Hopefully the crank will come off after I get a little more leverage. 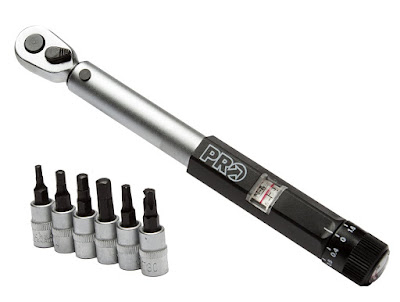 Oh, and case you didn't hear, the Idiot Jerk in the White House has nominated some dude named Brett as a Supreme Court Justice.  He's a deregulatory conservative, meaning he voted against Net Neutrality and the Consumer Protection Agency. fiscal conservatives love that shit.  He has, however, voted for Obamacare twice, fiscal conservatives hate that shit.  More of a constitutional conservative rather than a social conservative which is something a many in America might appreciate.  However, none of these are the reason he was nominated.  Nope.  The Idiot Jerk likes him because of something he said in 2009.  Years earlier, Brett had been involved in the Ken Starr investigations of Bill and helped work for that stinky impeachment.  In 2009 he started singing a different song.  Now he believes that a sitting president should not be indicted....  And we have a sitting turd in the White House who is scared shitless he's going to be indicted for a vast assortment of crimes.  That, my friends, is the reason Brett got his nomination.  Self preservation and selfishness on the part of the Idiot Jerk are the reasons Brett will go through the confirmation process.  The Idiot Jerk is terrified the Mueller probe will ratchet into high gear.  He doesn't want to go to jail.  The truth is Brett might be just as much of a Centrist as his predecessor.   Do you think the Idiot Cares about that?  Hell no, the only thing he's worried about is his own fat ass.
Today is also my first day on the new shift.... Sweet Lord, I got my ass out of bad at 0430.