Well, it's over.  The election is now history.  Trumplodites are ecstatic.  The world is in shock.  A man who believes dictators are strong (they just do bad things now and then) has been elected President.  And on my birthday, no less.
Republicans are happy because they've gotten one of their own into the White House... but he isn't a Republican, all he did was wear that mask.  Sure, he may throw them a small bone now and then, but mostly he's going to try and be a strong president so he's going to strong arm them into giving in to his agenda, which I suspect is fairly non-existent.  I mean, his entire campaign was based on lies, false promises, and Hillary hate.
From what I understand, it was those rural voters from the rust-belts of Pennsylvania and Ohio which put him over the top.  I'm sure they're all happy as pigs in shit right now.  I wonder how happy they'll be when their children get sent off to a war their President got us into because he's stupid.
They next four years are going to be a mess.  I remember reading a comment by one of the Koch brothers in which he said they weren't going to get involved in this year's presidential because it didn't make a difference who won.  The real election will be 4 years from now when the country needs to elect a president who will be able to pick up the pieces. 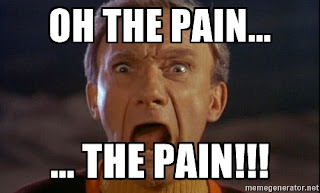 The unthinkable has happened.  All we can do is deal with it.