With the diagnosis of arthritis in my neck, several people have come forward with both remedies and comments, some kind, some not so kind.  At work I was challenged by a man 20 years younger who said "well, I've been diagnosed with rheumatoid arthritis, what do you think of that?"  And though I wanted to say "oh, it sucks to be you," I didn't.  I kept my mouth shut.  Now, isn't that amazing.
What I've been getting is "eat this," and "drink that," and "do this," and "do that."  One of my Navy friends told me his 86 year old father was diagnosed with arthritis at about my age.  His treatment was to take 6 alfalfa tablets 3 times a day.  I bought a bottle and discovered that alfalfa has a lot going for it.  It has a lot of 'anti' qualities, however it's also a really good diuretic.  The last thing I really want to do is to spend most of my work day standing at the urinal.
I have a prescription for naproxen, however at the dosage I would need to take I would end up with high blood pressure, and that's just one of the minor issues.
Surprisingly, one of the best anti-inflammatories out there is ginger.  I like ginger.  There was a movie out a while back named "Ginger Snaps" which had more to do with werewolves than it did the baking of cookies. 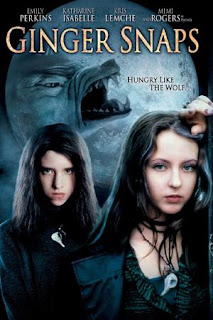 And then, of course, there is the other popular ginger, the one a lot of you think of when I say "Ginger," and while this ginger might be good for me, it's definitely not an anti-inflammatory. 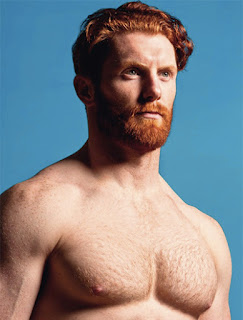 No, I'm talking about the root plant.  You know, the spicy thing?  Ginger.  I can take it by eating it or drinking it.  I actually looked up a recipe for Ginger Beer, which is non-alcoholic and is a lot like ginger ale, but with real ginger.  So, I think I'll give ginger a shot and see if it snaps back or not.