It's today! My birthday!  And Election Day!  and, for those with an interest, it's also International Radiology Day which is interesting since my Dad, after leaving the Air Force, started his civilian career by become an X-Ray Technician.
I'm a Scorpio and I do have a temper, though I always seem to keep it in check even when people really, really piss me off.
For those who don't know, I'm a Vietnam Vet, though barely.  The war was, for the most part, over when I transferred onto the USS Constellation though we did run a lot of flight ops and sailed endless circuits up and down the Tonkin Gulf.
During my stint on the Constellation I got to experience the first race riot at sea and also something called a Broken Arrow ( a lot of sailors were crying around me during the latter, me?  I figured if it's over then it's over).
I've been to the Chinese boarder but have never set foot in the country.
I've always wanted to grow a beard (not enough facial hair) but never, ever considered marrying one.
I came out to my parents on Christmas Day, 1974.... Merry Christmas.
While in college I directed 2 musicals, Applause and West Side Story.
I've been to 3 Grateful Dead concerts. 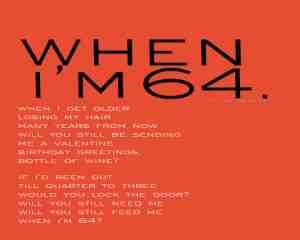 One of my novels was up considered by a Hollywood Agent... who passed on it.
My degree is in English Education and most of my adult working life has been spent in accounting.
There's a lot more, but I've got to go shower.  I'm going to go have lunch with my brother.