About a year and a half ago I received a letter in the mail regarding a Class Action law suit against International Paper, the company which had chosen to lay me off in order to outsource my job to Poland.  Evidently they were doing something funny with my 401K deductions, using them to earn interest instead of depositing them into my 401K account.  Anyway, I joined the suit thinking I'd never really see any financial result.  There is no way you can even begin to imagine my surprise last evening when I opened my mail and discovered a 1099-R for monies mailed to me as a result of the law suit.  Why was I so surprised?  I never received a check.
This morning I talked to the firm involved and learned that my check had been mailed out, but had been returned marked "undeliverable."  They are going to reissue, however because the legal disbursement date is 2014 it will effect the taxes for that year.  Because those taxes have already been filed I will need to file an amendment.  The firm also suggested I talk to the Post Office in an attempt to find out why the check was returned. 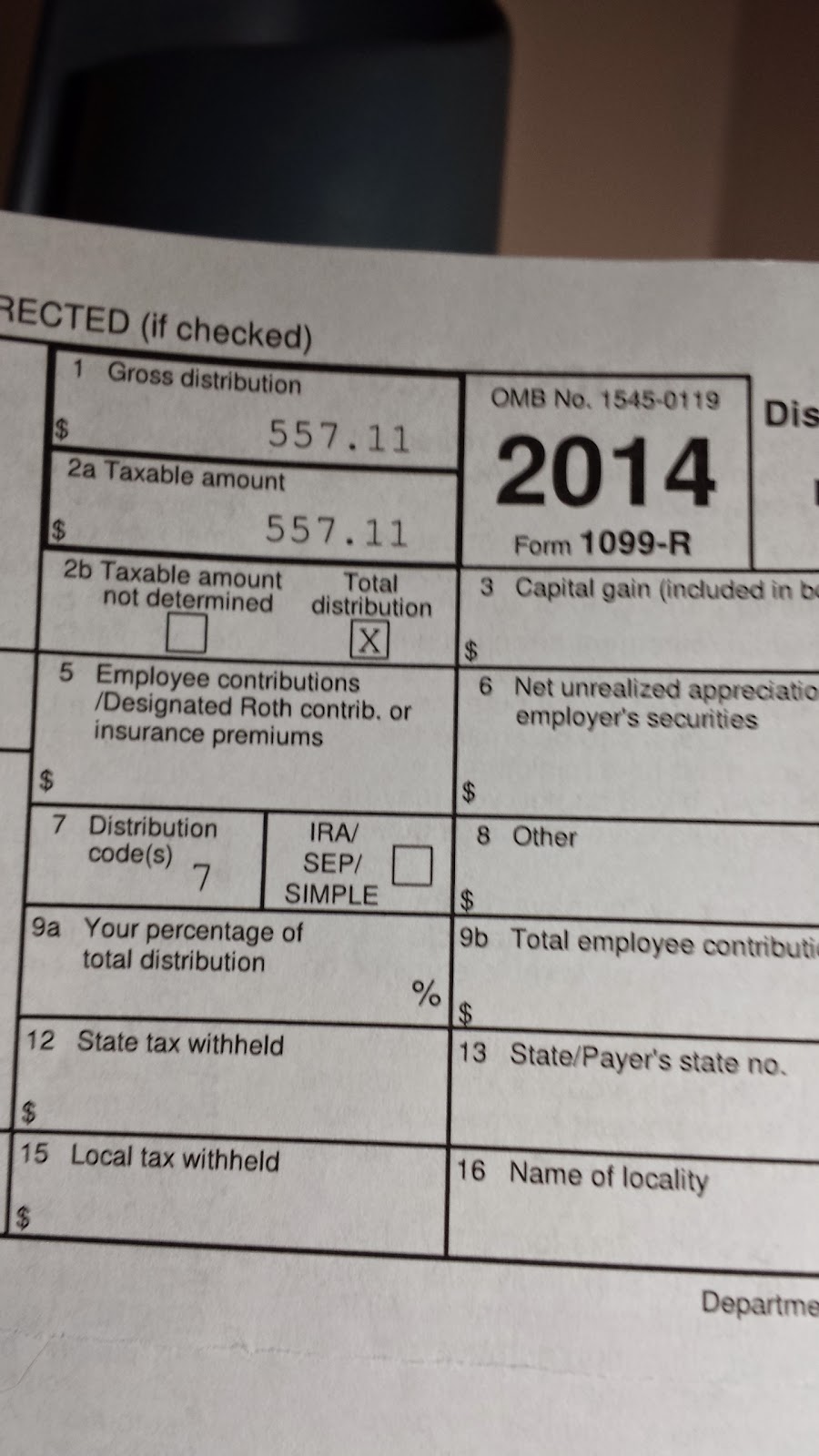 I was told by the Postal worker at my local Post Office "that's a carrier issue."  For reasons only the carrier knows this check, in an undamaged envelope, was stamped "undeliverable" and returned to the sender.  She apologized for the "inconvenience" amending my 2014 taxes was going to cause, all the while continuing to remind me that this was a "carrier issue."  And, of course, since the carrier working my route at the time the check was returned is no longer a carrier, there is no way they can find out why the check was returned.  In fact, there were a number of 'temporary carriers' delivering mail during the time the check was mailed.  Is it me, or is this one of the best definitions of FAILURE there is?  Is it any wonder so many people think the US Postal Service is outdated?