When I got up this morning the temperature outside was 6 degrees Fahrenheit - that's cold.  Of course the temperatures farther north are much colder so I'm not going to complain, spring is on the way and things will begin to warm up.  The problem for people around here is that we've been spoiled by quite a number of years of warmer winters.  Two years ago weather patterns began to shift back to what was considered normal for this part of the country, which equals more cold and more snow.  This is how it goes.  If you want a warmer climate move south.
As it is, I'm off today so I don't need to go outside.  My plans are to do a little cleaning, maybe watch a movie (I have The Avengers) and, of course play a little Dragon Age Inquisition.  There was a lot of concern before this game was released because the 2nd installment was a load of crap, most likely because Bioware had no idea how to handle the franchise they were creating.  After being severely slammed by a vast majority of players they actually put a lot of time and effort into this game, and it shows.
For those of you who don't know, this is an RPG (Role Playing Game) which means you not only have to craft weapons and armor, you also get to design your own Inquisitor.  This is the guy I created: 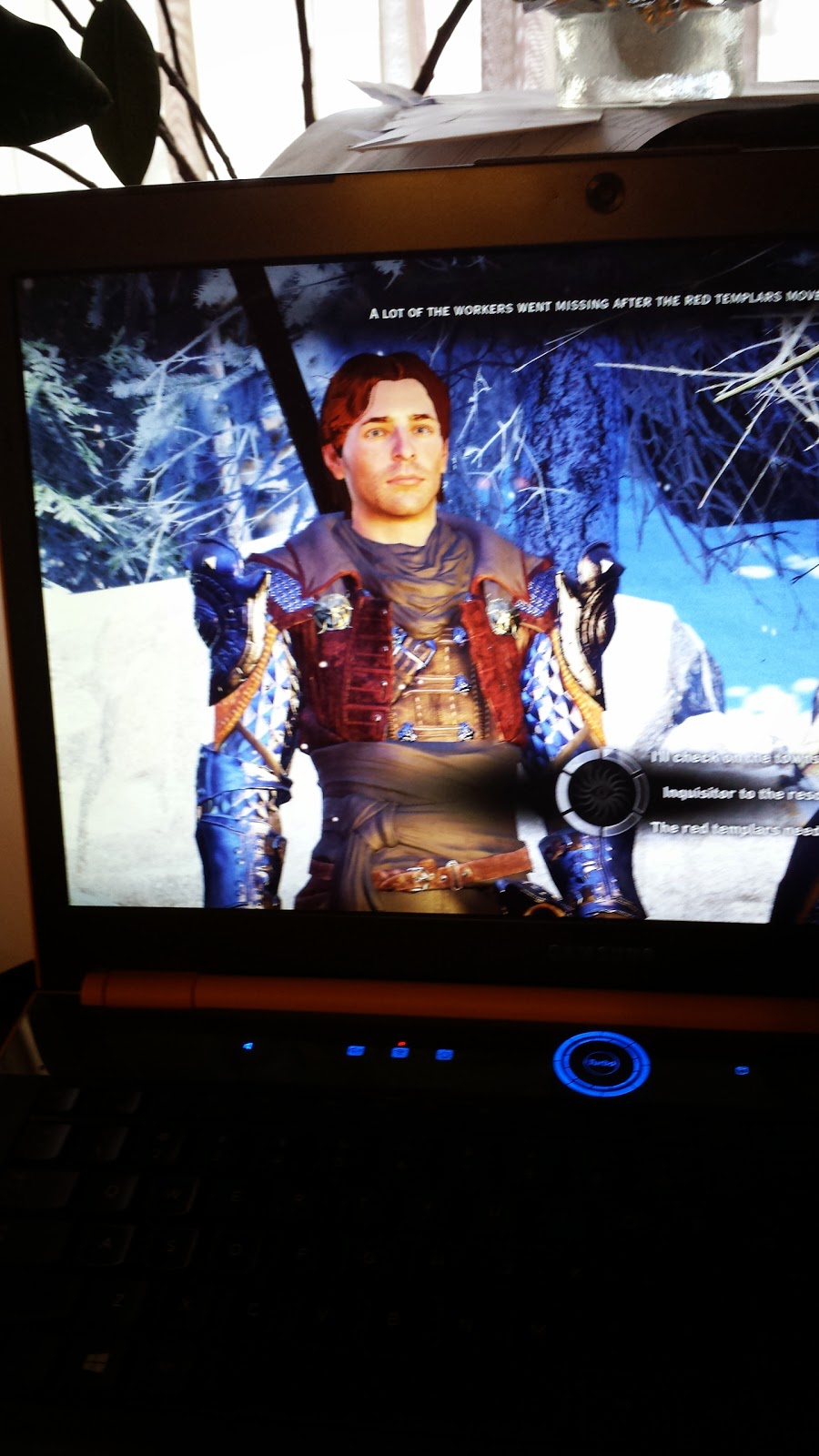 This is the first time I've created a character with ginger hair - usually they're bald.  You can do all sorts of things during the creation process: body types, facial features, hair, even other species.  Oddly enough, I know a couple of guys who design leads that are female rather then male.  Don't ask me about the psychology going on there, I don't understand it.  Anyway, this is one of the reasons I play games.  Of course, I also enjoy FPS (First Person Shooters) where you craft very little, but you do get to shoot a lot of things.  At some point later this afternoon I'll be playing a little Dragon Age - I've got to take out this giant that keeps killing me with big rocks.
Posted by Dave R at 9:17 AM