Heading back to work for 2 days.  I have a new / old Specialty Manager.  New, because this is the first time she's working in my store.  Old, because I worked with her for four years when I was doing HR.  This will be interesting.

I went to see Free Guy last evening.  The movie is very funny at times, as well as being touching.  Guy is an NPC (non-playable character) in a video game, meaning you can't control what they do, who becomes aware, the equivalent of artificial intelligence.  As someone who plays video games, I have to say, this movie is a hoot.  For those who don't play video games, the movie is a rollicking, joy ride, at least this is what my friends told me.  I mean, can a movie in which Channing Tatum tries to seduce Ryan Reynolds be anything but great?  Does he succeed?  Hahahahaha! (that's my evil laugh, by the way) 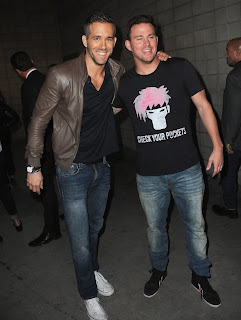 I saw some sort of blurty bullshit where Mitch McConnell said he doesn't see any reason to criticize his associates spewing anti-vax, anti-mask misinformation.  Think about that for a second or two.  What he's saying is that he doesn't really care if people listen to that misinformation and die.  What a terrible justification for his silence.  Human lives lost because he sees no point in being honest.  This is pretty standard prattle from a Conservative.