Sunday morning, and I slept in... even the dogs slept in... until 0600.  I do feel rested.  Yesterday was hectic at work... lots of customers.  My sales were good.  One of my customers bought over $8600 in carpet.  My numbers are going to be fine for next week.  On the way home I stopped off and picked up a ham Stromboli... and ate it... and felt like a bloated cow afterwards.
This morning I'm going to drive to Carlisle to find the parking garage for my jury duty.  The last time I got there late and had to park on the street.  They don't compensate you for that.  This time I'll get there earlier.  I'll also be taking the first draft with me and editing that throughout the boring, boring day... unless I get selected.
Quite a few Democrats want to be contenders in the race to evict the Idiot Jerk from the White House...  many of them are finding little or no traction, like Amy Klobuchar and Kirsten Gillibrand and Cory Booker.  This is Democracy at work.  Anybody can run for president.  Anyone of them can win the nomination, many will be cut from the venture by public opinion.  The only candidate, the one who's still not running, the Republicans fear is Joe Biden.  While Joe embodies "Family Values," they will stick with their Moral Degenerate.  Think about that.  "Family Values."  Those 2 words were always burbling out of their lips and now you never hear them.  Now it seems all they talk about is immigration, and keeping immigrants out of the country, and bans on Muslims entering the country.  They follow a Moral Degenerate who only vaguely denounces white supremacy.  By 2045 white people in the United States will only make up 49.7% of the population.  The changes in diversity will become much more apparent much, much sooner.  This evolutionary process terrifies them.  Everything they have been telling themselves about how special they are is... wrong.  There's no truth there.  And like the truth, they are turning away from their claims of family values in a losing bid to maintain control.  Their failure is a guarantee.  Now, ain't that tough shit.
And, finally, today is St. Patrick's day.  For those who don't know, I am part Irish.  That's right.  On my mother's side of the family.  The Grangers came from Ireland.  This means there is some ginger in my jeans... I mean genes.  That's right, I like corned beef.  You could say that I'm a bit of brisket eater.  In fact, I have one soaking right now... brisket that is.  Later today I will turn my brisket into something joyous.  For those who don't know how, you should really learn how to celebrate your brisket.  Let me tell you, it is a wondrous thing! 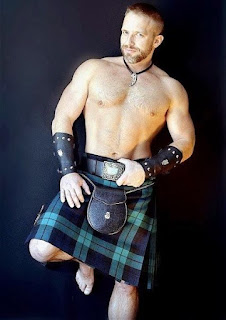