Are you ready for some Karma?

Just about everybody has heard of Karma, not everybody gets a chance to experience it.  I have.  Four and a half years ago I had a nice, cushy accounting job with a company called xpedx (all lower case letters), the distribution subsidiary for International Paper.  On February 5, 2010 a north east region Buyer position was posted.  I applied, as did one other person.  On February 17, I and 34 others learned out jobs were being eliminated here in the United States, our work was to be handled by a team in Krakow, Poland.  On February 19 the job posting came down.  On February 23, 2010, a woman with a slight disability (she uses a cane) applied for the job.  Guess who got the job?  This was after I had been unofficially notified that I had the position.  The person who makes the ID badges called to tell me my new badge would be arriving Friday, the day the announcement was to be made official.  On Thursday, my day off, this woman filed a complaint with HR saying I'd made sexist comments to her.  They never detailed what it was I was supposed to have said except for one comment.  She claimed that I had said if she gets the job it's because she's pretty.  Looking at a severance date 5 months down the road and certain I was being screwed out of a job, I filed a complaint with International Paper.  An investigation was by the Regional HR as this woman started her new job.  Numerous witnesses were called into the office.  After two months a decision was made.  Management does not make mistakes.  She was going to keep the job.  I was going to be severed.  But things had changed.  I was told my severance date was going to stay the same, I just didn't have to report to the office anymore.  Oh, and the HR manager who'd accepted this woman's application, and also her complaint, suddenly retired two weeks later.

So, are you ready for some Karma? 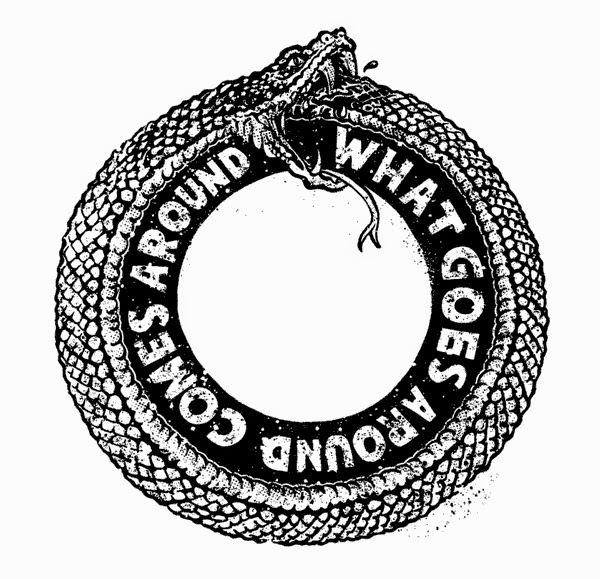 On my last day at xpedx one of my friends asked if I was worried.  My response?  Nah.  I said if I don't get a job within 5 months then I might start to worry.  What I did do was go to France.  And I bought my first Boxer, Gertie, and worked my part-time cashier job at Home Depot.  Five months and 2 days after my last day at xpedx a new position was posted by the time clock.  The position was for an Associate Support Department Supervisor, which handles some of the HR responsibilities but isn't considered HR.  I applied.  Seven days later I had a new full-time position with a better salary then I'd been getting at xpedx.

As for xpedx?  It not longer exists.  After years of outsourcing more and more positions, International Paper allowed it to merge with Unisource.  The combined company is now Veritec.  Stress levels in the old xpedx office are nearly unbearable.  They are all waiting for the ax to fall, even the woman who got the purchasing job.  You know what they say, "what goes around comes around."  And as for me?  My life is good.