There is nothing wrong with being frugal.  There is a difference, however, between being frugal and being cheap.  As someone who manages a paint desk, I see both types of people, especially when it comes to selling a home.  A frugal person will choose the paint which is going to give the best coverage at the lowest price possible.  The cheap individual buys cheap paint and hopes the potential buyer doesn't notice.  I see many more of the latter.  Yesterday I saw three of them.  There was the gentleman (and I use that word loosely) who bought fence stain for a deck.  I told him the product was only meant for vertical surfaces.  His reply?  I'm selling the house, the deck only needs to look good for 3 - 4 months.  Hopefully his house will not sell for 6 or 7 months and he will need to stain it again.  Spend a little more money and give the customer a good deal.  In the end, he may end up spending more then the $40 dollars he's saving by cheaping it out.  So, if you're buying an existing home and it has a deck, you may not want to put in a bid the first day it's on the market. 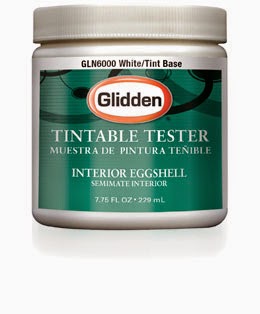 Then there was the couple who wanted cheap paint that would give them on coat coverage.  It seems her mother passed away and they were going to sell the house.  I explained that one coat coverage was going to cost them.  She didn't want to hear this.  She said (and this is a quote) "If I spend that money, I'm not going to get it back, and that doesn't count the time it's going to take me to paint."  And I'm thinking, hey, you're selling house.  When that sale goes through you're going to be getting money.  Why are you dicking around about an extra $100 in paint?  Of course, she doesn't see it that way.  All she sees it the fact that she's going to have to spend money her own money in order to sell that house.

And finally, there was the young woman who purchased an Glidden tester with an eggshell finish to patch up a semi-gloss wall.  Eggshell on Semi?  When I told her the difference in finishes was going to very obvious she said "it's in the basement, they'll never notice."  Actually, a good real estate agent is going to notice and she'll either have to repaint, or drop her price.

If you're making the investment of buying a home, you want to know you're going to be getting the biggest bang for your buck. The last thing you want is close the deal and find out you've been scammed by some cheapskate.  And not everybody is like these three.  Most of the customers I see are honorable.  Not everybody is cheaper then hell.