I saw where Mitch McConnell spoke at Fancy Farm (never head of it) which is something that happens at the St Jerome's Church Picnic (again, never heard of it), which is in Kentucky.  Evidently he showed up, gave a little speech and left.  He was, however, followed by some guy named Matt Bevin, who it seems is backed by the Tea Party, and Allison Grimes who is the Kentucky Secretary of State (?).  It seems as though they slammed old Mitch, both labeling him as an 'obstructionist.' I'll be honest, I've never really liked Mitch.  Every time he opens his mouth all I hear is pretentious bullshit.  In his defense, however, I suspect he has bent over backwards to kiss the RNC's ass.  If he is an obstructionist, it's because this is what they wanted from him.  Now, however, just like in Treasure Island, I suspect the RNC has given him the black spot, not because he's bad, but because this is how they plan to show the American people how much they are changing. 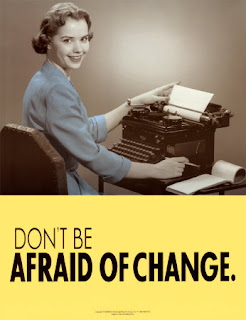 The sad truth, however, is that if Matt Bevin does managed to unseat old Mitch, he is going to be just as much of an obstructionist.  No change there.  You see Matt will be indentured to the Tea Party, and they will call the shots.  If he should win the election in 2014, the first voice he hears will be the Tea Party.  And what will they say?  You owe us.  It will be nothing more then superficial slight of hand.  They'll pull a bunny out of their hat who's been up their arm all the time.  Which is why the GOP is in trouble, you see it doesn't make a difference if you have a grape Jello head in office, or a strawberry Jello head in office.  They're both Jello heads.  Change is more then going from flavor to flavor, it means going from Jello to pudding.
Posted by Dave R at 11:12 AM