More Power to Them

Well, it's Monday, the beginning of a new, three day work week for me.  I'm scheduled for a little over 20 hours this week.  I can deal with that.

Yesterday was very slow at work, which helped me get my steps in: well over 15,000.  I was pleased.  Today I plan on getting a long walk in on the treadmill before heading in.  No goal has been set.  I'm not one for setting goals, not because I'm worried I won't achieve them, rather there are times when life just gets in the way and something with a higher precedence happens.

And how are things going with my back?  Well, I've begun to put the heating pads away, not all of them mind you, just the two that seemed like they were going to provide a lot of help and didn't.  One, I just might throw away.

The puppy nsaids I give to Biggie for his arthritis work well.  He is really bouncy again, something which might make a lot of people uncomfortable because of his size.  Well, they'll just have to get over it, won't they?

As for Omicron... As always with every new strain, there are always questions.  I'm boosted, so hopefully my ass is going to be protected.  They're suspecting it's going to be more contagious, the symptoms may not be anymore severe, however the more people who get sick with it, the greater the strain on our health care system.  That's the problem.  Stupid anti-vaxers don't understand that.  Right now, America is losing about 1200 anti-vaxers per day.  You would think they'd learn... but they won't.  Hey, more power to them. 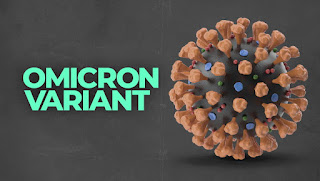 I just took a look out the window in the computer / cycling room and the air is gray with snow flurries.  No accumulation is expected.  That's fine.