Now, ain't that the icing on the cake?

Well, it's Monday.  This is my 2nd day off in a row.  I'm living the dream!!!
Yesterday I had to go to the store to buy some wood filler.  I'm painting trim and there were two small holes that needed filling.  While there, I told HR to take my name out of consideration for the COS position.  You see, if I were to get that position I would never, ever again have a three day weekend.  When I'm at work I walk quite a bit, 11 to 12 thousand steps a day going up and down aisles talking to customers.  The position I had applied for is a sitting position.  I have some serious arthritis in my lower back so sitting 8 hours a day is probably not the best for me.  Oh, and it would also be a lateral move for me... no pay increase.
Gas prices are going to go up!  Saudi Arabia suffered a drone attack.  A couple of interesting points about that.  Even though the Houthis are jumping up and down, claiming responsibility, the Idiot Jerk's administration wants to blame Iran.  Even though we export millions of barrels a year, we import most of our oil from Saudi Arabia.  This is how the GOP wants to make America Great.  Their creed is 'Tis better to make money then to take care of your own.'
You'd think they'd understand higher prices at the pump are going to hurt the Idiot Jerk's approval rating.  Higher gas prices are going to have a detrimental effect on the economy.  That is not a good thing when when you consider the Idiot Jerk's handling of the economy is the only thing that gives his approval rating any kind of boost.  But that's changing as more and more people realize the only thing the Idiot Jerk is good at is blowing smoke up your ass.  Of course, Republicans have been doing that for years... and years... and years.  Think of them as vaping with their rectums.
And speaking of supporters, we had one on Saturday in the flooring department.  A middle-aged white man who loudly said he 'loved the Idiot Jerk.'  He went on to say that ICE had raided the place where "I get my cakes.  I couldn't buy cakes for a while, but now everything back the way it was."...  ... Believe me, I had no idea what this moron was talking about.  I even took the time to Google it.  Cakes... Immigration... illegal aliens.  The only thing I could find was a 2010 raid on a San Diego bakery.  As far as Central Pennsylvania, there was a raid in 2018, but that was at pizza shops in Lebanon and Palmyra, and those individuals were arrested for expired visas.  I know ICE had a big raid down in Mississippi.  Does anyone know if that included a Twinkie factory?  Or maybe Little Debbies?  Personally, I do believe someone's been blowing some rather decorated smoke up this guy's ass... and he likes. 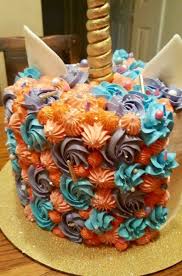