Okay, so it's Thursday.  The temperature is supposed to go up to 35 (F) today.  That's almost balmy.
This is also our inventory day.  Normally they bring in food for everyone, I was told this year they're only bringing it in for those helping with the inventory so I'm going to be taking some fried chicken just in case my lunch is not going to be provided.
Also, my new schedule was posted yesterday and the new scheduler made some mistakes.  She used my 'days off' to cover my Jury Duty.  We do not do that.  I will need to have a sit down with her tomorrow to revise my schedule.
And I see that the Trade Deficit, one of those 'major problems' the Idiot Jerk in the White House was going to fix is... getting worse.  He said he would bring that deficit down, which is why we have those silly little tariffs, and actually it's going up.  The idea was for foreign products to go up in price, therefore making American products more competitive.  Well, 'made in America' is still 'made more expensive.'  Giving people a bit of a tax break in the paychecks is no incentive to buy the more expensive 'made in America,' which is something Republicans just don't get.
And little Stevie Mnuchin has asked Congress to increase the debt limit ASAP because we need to be able to pay off our creditors.  You see that great tax break the Republican congress gave to corporations and the very wealthy is costing the United States buckets of buckos.  Yeah, they had to borrow money to pay for it.  You see, in the Republican drone state of mind corporations will use those to tax breaks to pop up employee pay rates and those employees will compensate for the tax breaks.  That's right, your average American is going to foot the bill.  Republicans have always been stupid about economics.
And finally, I thought I'd write a little about the catacombs of Paris.  They're big, and some of them are deep and only a small section is open to Tourists.  Of particular interest to us are those around the Arc de Triomphe which are not open to the General Public. 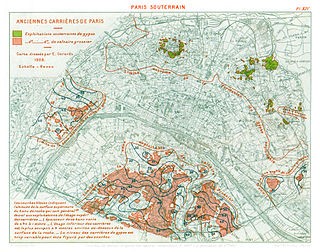 When bones were being moved from cemeteries they were put in a number of locations, depending upon the arrondissement where the cemetery was located.  Over the years cataphiles have done much with graffiti.. and the bones... and the little alters they built for their ancestors.  Oh, and except for certain areas, there is on lighting.  What illumination you have is that which you carry, be it a headlamp... or flashlight.  Without either of those you are walking in pitch black darkness.  If you ever venture down into the catacombs make sure you have a reliable guide.
Posted by Dave R at 6:39 AM