That was the Momas and the Popas, a vocal group from the pre-dawn of Pop music.  For some of you, Monday is the start of a new work week.  For me?  Well, sometime last night I hit my 'hump' minute.  I'll be on a downhill slide for the next three days.  And the weather is supposed to be fine.  On Thursday I'm planning on taking the bike off the trainer and out on the road for a bit.  As always, that will entail some hazards since I live in a suburb.  Twenty-one years ago when I moved to Enola it was a small town to the northwest of Harrisburg.  Not anymore.  The streets are just as narrow, however now they have much more traffic.
I see where the Idiot Jerk in the White House wants the Justice Department to investigate what he's calling a 'spy' in his campaign.  He believes the 'spy' story because Hannity told him there was a 'spy.'  Also, there's the fact that all this shit his team, including dopey Donny Jr. is being made public.  In his mind there had to be a 'spy.'  How else would all of his scumduggery be leaking to the press...   He will never understand this is what happens when you surround yourself with asswipes and sycophants on a National Level.  This is just another bit of unraveling.  Be prepared, it will get worse.
Oh, and see that the Vice Governor, or maybe it's the Assistant Governor, or maybe we should call him the dumbshit wanna be Governor, of Texas is calling for the arming of school teachers.  He also farted out something about the 2nd Amendment guaranteeing a 'well armed militia.'  Texans love their guns.  That state will pass legislation arming teachers, because... God wants them to do that.  Nothing must interfere with the sanctity of their guns.  And the state will move one step closer to becoming a war zone.  Won't that make the gun makers, and the bullet makers, and the laser scope makers happy!! 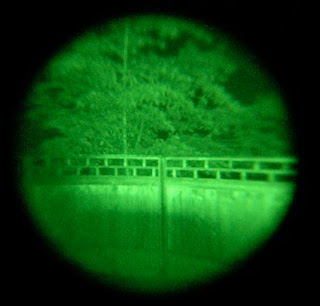 On a lighter note, I was taking the garbage out last night and my neighbor told me that they too had a chipmunk in their house.  She found the little critter in their dog food bag, too the bag outside and released him.  Having one in a house is odd, having 2 in 2 different houses is...  Oh, my, we might be under attack by Chip and Dale!