Time to plug in the Toaster

Well, here it is Tuesday morning, 3 weeks since my surgery, and I was up bright and early - think 0500, because of the dogs, which is the approximate time they started jumping up and down on the bed, and licking me in the face because it was 'potty time.'
Yesterday, when I saw that the Idiot Jerk in the White House had drastically reduced the size of two national monuments, my stomach turned over and I felt a bit sick.  Later, when I got home and looked on line, I saw that his supporters were all for this - they believe what he is doing is 'good for America.'  Hopefully his decision will be tied up in the court system until he is removed from office.
Later I saw that both the Idiot Jerk and the RNC had both chosen to endorse Roy Moore...   This means they've decided to totally ignore Jeff Flake's comment that "if we become the party of Donald Trump and Roy Moore we are toast."  Even though he is a Conservative, and a Republican, Jeff Flake is not stupid, he sees the future of a minority party that keeps pushing the country so far to the right it is way beyond the boundaries of what Centrist's deem as acceptable.  And they don't understand that the country is overwhelmingly Centrist. 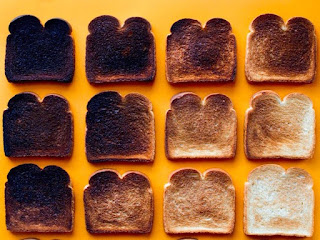 Even though Reaganomics started failing after 2 years, and even after the Trickle Down Economic Tax Cuts in Kansas turned into an economic and political nightmare, they just cannot comprehend that one of their core beliefs is 'bad for America.'  This is why they're endorsing Roy Moore.  They need to get their damn tax overhaul passed.  The idea that they will damage human lives doesn't even occur to them since that would mean that they are Wrong.
This is a party that totally denies evolution; they do need that Social Conservative voted to keep their minority from shrinking any farther.  They find the fact that America is getting browner day by day abhorrent.
Their Faith has taken a selfish, ugly turn on which everything hinges on the power of the pronoun 'my.'  They are in total denial of the fact that by the time I turn 100, a mere 35 years from now, there will be more Muslims in the world than Christians; a statistic that is a knife in their heart.  The fact that the Hindus are right behind the Muslims when it comes to growing their religion is more than they can fathom.  One can only say they should have, perhaps, been not so stringent with their anti-evolution beliefs.  Had they permitted their beliefs to grow and evolve they might not be in the minority party.
The fact that this president, and this party, are chugging full steam ahead pretty much defines their "Screw America" attitude, even with horrendous approval ratings.  The time has come to plug in the toaster.  Now is when we start to burn their asses so badly it will be decades before they become anything other than the stink of scorched and blackened bread.
Posted by Dave R at 7:29 AM