Well, I survived yesterday, of course, there were never any doubts.  Instead of repairing the hernia orthoscopically, my Dr did the old slice and dice which means I now have a 3" incision.  The bandage won't come off until tomorrow morning so I haven't had the chance to look at it yet.  They did paint me with betadine from side to side so my important parts are now Home Depot proud.  They also gave me a Tap Block which wore off around 0630, that's when I took my first Vicodin - they gave me 40 of the little white suckers, so I now have a bit of buzz.  Translation:  if I go to Amazon, I'm going to buy a couple of thousand dollars of shit I don't need.  I also got to where a cute, little bracelet with my picture on it. 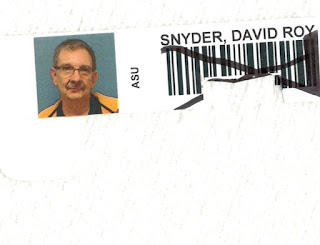 I saw they ripped Jeff Sessions a new ass yesterday... and he didn't like it one bit mostly because he lied... no... wait... he didn't like... he forgot until yesterday.  You have to remember that this fool is a Social Conservative, not only does he lie and then ask forgiveness from his deity, he will excuse his lies saying they were done for his deity, to show his love and devotion to his deity.  The truth is that Sessions hates everything that falls outside of the narrow vision he allows himself.
And what about Roy Moore's women issues?  Evidently there have been rumors for years.  He's another one of those Social Conservatives who thinks that he's special.  While he's judged people for years, he, himself, hates to be judged.  Can't you hear him saying "I will be judged by a Higher Authority than you?"  This is because, like a professional scam artist, he sees nothing wrong with his behavior.  I mean, with faith as strong as his how could he do anything wrong?  Shit head.
Another funny bit this AM was John Schnatter's sudden about face.  You know who I'm talking about - he owns Papa Johns and blamed kneeling football players for lackluster sales.  That was until the Alt-Right said "yippee skippy, he's our guy," at which point he realized that Neo-Nazis buy a lot less pizza than... oh, say, political Centrists, or Liberals, or... black people, and changed his tune.  Will it help?  I doubt it.  This is what happens when you buy a house on Dick Head Way.
Then I saw this on Bloomberg this morning:  how those great Middle-Class tax cuts are only going to be temporary.   Corporate tax cuts are going to be permanent, however, as will the tax cut that John Schnatter's going to be getting.  Oh and their hatred for the Affordable Care Act has surfaced again.  Now, isn't that amazing.  Once again the 'Do Nothing Party' is going to do... nothing, mostly because they're doing it for themselves, not for America, and most assuredly not for Americans.
Finally, I can't wait to get back to the gym.  I need to get back to the gym... soon.  You see, I just realized that this scar is going to be above my Speedo line. 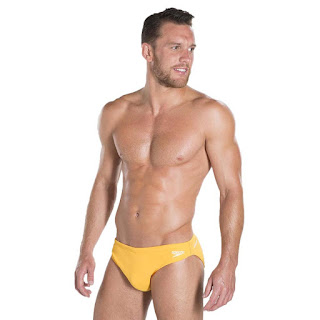 I don't know if that's a line I want to cross.