So, here it is Tuesday.  One week ago I was prepped for hernia surgery.  Two days after the scalpel sliced through my skin I took off the dressings and almost passed out.  Today, much of the discoloration is gone, there's an occasional twinge from the incision, and my fur is growing back.  I can, however, feel the mesh which was stitched into the underside of my abs to hold them together and keep my guts from pushing through.  Think of it as an itchy, scratchy nuisance that I'll have to deal with until everything grows together.  This?  I can live with.
And I see a 2nd woman has come forward complaining about Al Franken...  She's saying he squeezed her ass while having her picture taken with him at a State Fair.  She's married, so evidently he's not the only man to give her cheek a squeeze, which makes me wonder if she's going to call out every other man who touched her ass.  If she isn't, is she only doing this because he's a politician?  Was she so much less sensitive 7 years ago then she is today?  There is a world of difference between a 32 year old man taking off his clothing and laying down next to a 14 year old girl, and Al Franken's hand.  If his is the only name she spits out, than I'd say she probably has bigger issues to deal with than Mr. Franken copping a cheap feel.  Some people might not like this, but there is a world of difference between someone hitting on you, and Kevin Spacey getting you drunk.  The two are not the same.
And I see that the Idiot Jerk in the White House is going to send 50,000 Haitians packing; that's 50,000 low paying jobs that his supporters can fill.  That's how he makes America Great.  That and having a Tax bill passed which gives nothing to those low income workers that they aren't getting already.
Oh, and I also see that Congress is rapidly approaching their long Thanksgiving break.  Get out your slickers, cause when they get back they'll have to deal with immigration, funding the government, and passing a really bad tax bill.  Believe me, this upcoming cluster fuck is going to be sloppy as hell!  If you don't have a strong stomach, don't watch.
So tell me, would you? 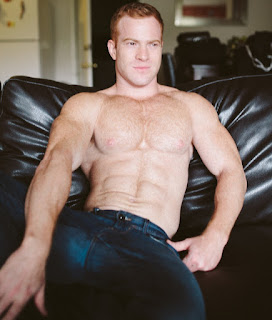