So here it is, Sunday, my 4th day out of the 6 I will work until I get my next 2 days off.  Yesterday I hit my sales goal and my measure goal so today everything else I get is gravy.
I've been spending more and more time on my old bike which is mounted on the Kinetic trainer I bought.  The trainer uses Bluetooth and works well with my  S8, not so well with my tablet, which is what I want to use so I've been in contact with Kinetic.  They seem to think there might be issues with the resistance unit.  If they send me a new one, that will be fine.
I am ready for fall to kick in.  Tomorrow we might break a heat record for 9/25 and I still have the  Central Air turned on.  While I don't mind summer, I want the seasons to change.  I want the leaves on the trees to turn yellow and orange and crispy, crackling under your feet when you walk on them.  If I wanted year round heat, I'd move to hurricane or earthquake land.
And what about the Idiot Jerk's tirades about professional athletes who don't want to kiss his racist ass?  Freedom of speech.  But then you know he never has been to crackerjack smart about the Constitution, or what that treasured document allows.  What a hoot that he disinvited Steve Curry to visit the White House.  What an even bigger hoot that the Golden State Warriors then told him to basically to eat shit.  They have become.... The Uninvited. 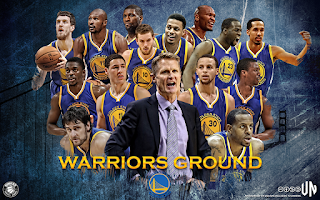 Evidently the North Carolina Tar Heels aren't going either... they put out some sort of gibberish about 'not being able coordinate dates.'  This, of course, doesn't mean that they have been Uninvited, just that they've chosen to put some distance between themselves and the Idiot Jerk, which pretty much takes away his ability to Uninvite them.  And LeBron James said that "going to the White House used to be an honor," until the Idiot Jerk showed up.
All of this must be ripping the Idiot Jerk a new asshole because his Ego requires he surround himself with fawning sycophants and Sports Stars, and when those athletes spurn him... well, that's how you get Uninvited.  And life grand!