Now and then I will complete online surveys just for the fun of it.  Monday I did one which was supposed to be a lot of fun relating to the our new marriage equality.  The first question was "Now that the gay and lesbian community has marriage equality, if you were to get married, where would you want to spend your honeymoon?"  There were 2 blank spaces which I filled in with the cities 'Paris' and 'Rome."  Wrong answer.  The next question listed 5 American cities, including San Francisco, New York, Palm Springs and Las Vegas to choose from and I chose San Francisco.  Wrong answer.  The survey then zeroed in on Las Vegas.  In fact the rest of the questions were all related to Las Vegas which for me is a fail.
I have absolutely no interest in going to Las Vegas.  I'm a non gambling person.  I can think of better things to waste my money on, like video games, or dinner and a movie.  Being surrounded by thousands and thousands of tourists is not my idea of fun.  Seeing aging pop stars warble their greatest hits in a show is not how I want to spend my time.  In spite of all of the 'extras' Vegas offers with a wink, that city's main purpose for existence is gambling.  And as I said, I'm a non gambling person. 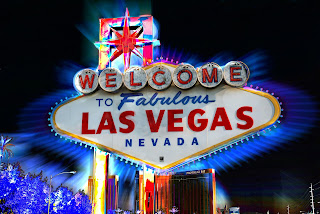 I realized this a long, long time ago.  Back when I was in the Navy and stationed in San Diego, I had a buddy who was from Vegas and as a result got to go there 3 or 4 times.  It got to water ski on Lake Mead, that was fun.  But mostly what we did was wonder around casinos watching people lose money.  This was a lesson in the pointlessness of gambling. So a survey attempting to extol the wonders of Vegas is a failure as far as I am concerned.