Keeping religion out of politics

A funny thing happened yesterday, Mike Huckabee announced his candidacy for President.  Why, you might ask is this funny?  Because he had stated way back when he said he was waiting for God's approval.  Now I know you're thinking to yourself, gee, that's not funny.  But it is, you see, because John Kasich, Governor of Ohio, is also waiting for God's approval.  Huckabee's announcement should be considered he's gotten the 'thumbs up' from Him. 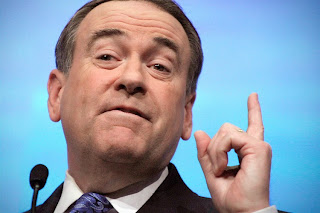 So what does that do to John Kasich's impending announcement?  Put it on hold?  Or maybe he's going to say that Huckabee has already given him, His answer.  Why would the Supreme Deity tell both of them they should run?  He should only need one in the White House. 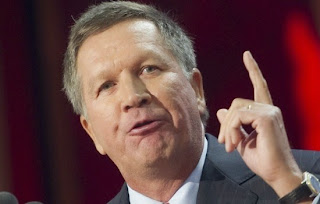 Of course the possibility exists they'll be running mates.  We could have President Huckabee and Vice President Kasich, would that be nice?  And if both do run, and both get their behinds wiped by someone like Jeb Bush, what does that say about their Deity?  Telling two men to run and both turning out to be losers?
Which is why our Founding Fathers tried to keep religion out of politics.  Someone's version of Christianity is going to end up taking it on the chin.  But then that may be the only way some people can get votes, which, if you ask me, is a very sorry way to get them.