I'm off today, which is good, there is so much I need to get done.

On Tuesday I picked up Gertie's ashes from the crematorium.  I had purchased a nice Egyptian urn for them, however I will probably not use it.  The pet cemetery had provided an urn which is a really nice cedar chest, so I'll probably use that.

About 2 hours later I picked up the new puppy. 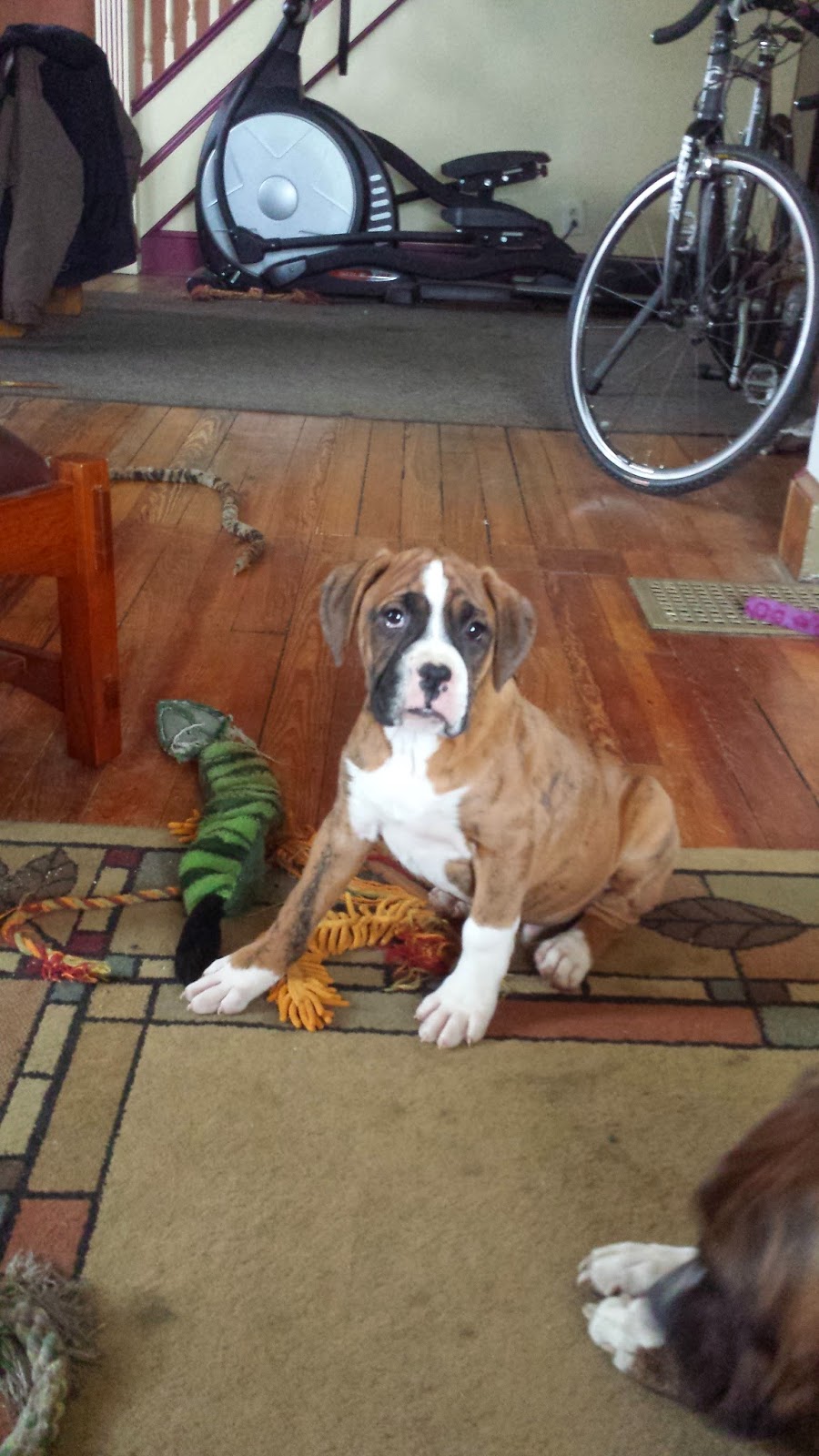 After spending some time thinking of a name, I ended up not going with a family name after all, well I did, sort of.  I sent a text to my brother asking for the original spelling of our last name.  On my father's side, my heritage is pure German, however, once they emigrated to the United States back in the 1800's they began Americanizing.  One of the first things that got changed was the last name.  So, for the AKC registry, the puppy now has our original spelling.  Say "hello" to Siegfried von Schneider.

You can see Lilly's head in the foreground.  I can tell you, they are always playing.  This was a very good thing.
Posted by Dave R at 6:39 AM