Off today, but back to work tomorrow, and a busy day it has been.  To the store first thing this morning, and then off to Good Hope Animal Hospital - Sig's first visit.  First of all, I have to say I like the Vet, her name is Sara and she's very personable.  He got dewormed for a 2nd time, and a vaccination.  He goes back in 4 weeks for his first rabies shot - there are 2 of them.  Probably around the same time as he's getting his rabies booster, his little nuts will go.  That's right, he's being neutered.  The AKC doesn't like this, it reduces the breeding stock, but I've never planned on using him for stud service.  Oh, and at 11 weeks of age he weighs in at 22.1 pounds.  He's gonna be a big one. 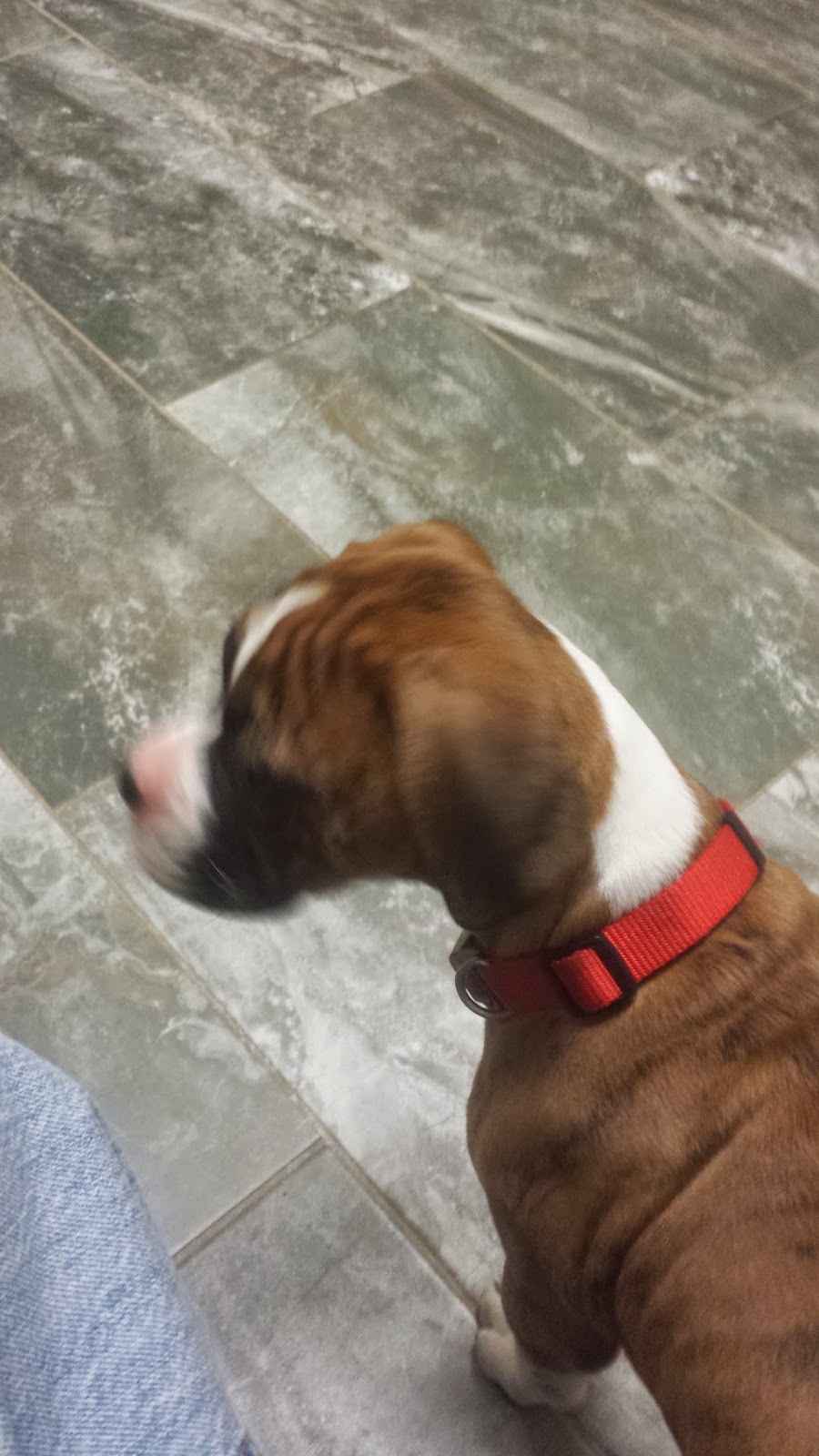 In other news, our inventory was on Tuesday.  It's been a long 3 weeks of prep.  As a whole, the store didn't do too well.  My paint department, however, kicked ass!  My shrink was .0551 on inventory sales of 3.4 million, I was budgeted for .086.  My inventory sales would have been higher, but they moved the date up from last year.  So yesterday, while everybody was walking around wearing a 'woe-is-me grimace,' I was perky and bouncy, but not overly so, at least not on the outside.
Posted by Dave R at 5:48 PM