Oscar Nominations: beating the hell out of snub

So, the Oscar nominations came out yesterday and once again there are a slew of complaints of potential nominees being either overlooked or snubbed.  I always have to laugh at these since most of the whiners simply have problem dealing with the number issues.  There are only so many votes to go around.  Just because your favorite doesn't get enough votes to receive a nomination doesn't mean he was snubbed.  To snub someone to to purposefully stop that person in his tracks because you don't like that person.  By any other name, snubbing is just being rude, or possibly hateful, or maybe viciously angry.  "Lincoln" received twelve nominations, had it only received eleven, with no nod to Spielberg, that would have to be considered a snub.  People need to understand the Academy nominates ten films but only five directors so that means five directors are going to get the shitty end of the stick.  Are they being snubbed?  Hell no, they just got less votes then the five who were nominated.  The truth is people don't want to be considered losers so rather then admit to that they take a bat and beat the hell out of the 'snub.'

One of the biggest and loudest whiners of all time was Leonardo Di Caprio when he failed to get a nomination for "Titanic."  His problem was he believed his own press, that all those millions of people going to see the film did so because of the love story.  This is pure horse shit.  The world loves disasters and Hollywood understands this quite well; they've been making mega bucks off of them for years.  I went to see "Titanic" with a date and I can tell you, walking out of the theater afterwards, we were not having a heart to heart conversation about the love story.  Hell no, we were talking about how neat it was to watch that ship sink.  Of course no one would ever want to admit that, so the love story became the hook.  Watch the movie again and you'll realize how wooden Di Caprio's performance really is.  He didn't get a nomination because the real star of the movie was the Titanic itself, not him. 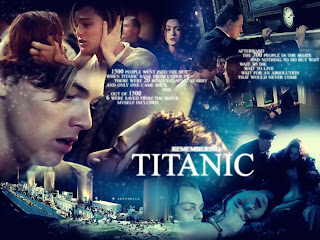 Clint Eastwood complained that he'd been hobbited by Peter Jackson's win for "Return of the King."  Only a man who talks to chairs would have failed to realize Jackson got the Oscar for directing a 17 hour (if you count the extended version) magnum opus.  Still, for Eastwood it was a snub.

Last year Meryl Streep won Best Actress and a lot of "people" thought Viola Davis had been snubbed. This is horse shit, too.  These "people" evidently don't know their Oscar History.  Any actor who gives a good performance playing a real person, whether living or dead, is an odds on favorite to have their name called on Oscar Night.  So, if you're an nominated actor up against a Margaret Thatcher or a Truman Capote you might as well go and enjoy the evening for what it is and remember, you're not being snubbed.

My predictions for Oscar night?  Lincoln will get eight, Les Miz will get three and The Avengers will win what ever it's nominated for because it made so much money.