After today I'll be halfway through my 4 day work stretch.  I will be celebrating by having a single, 1, uno, un day off.  Believe me, my excitement is percolating quietly in the background... and you though it was your tinnitus.
Yesterday was the first day I got home from work and we had extended sunlight.  I went for a ride in Amsterdam.  It was... interesting.  There were lots of cobblestones, and people, and a lot of cyclists.  I passed a lot of cyclists with dogs on their bikes, and kids, and groceries.  For a while there was a young gentleman riding in front of me whose spandex was quite... revealing, way too tight.  I wonder if he knows quite a number of people in the world have seen his buttocks bobbling back and forth.  I will have to remind myself to take a video of him for you.
Not surprisingly, 2 members of Congress have decided to 'self-quarantine' after coming in contact with an individual now hospitalized for Covid-19.  Paul Gosar, a Republican from Arizona, said he had extended contact (can someone define extended contact) with the person, and Ted Cruz, a Republican numb-nuts from Texas claims he had a brief interaction (?).  They, as well as many others, were exposed at (drum roll please) CPAC, that Crazy Christian Political Action Committee meeting held this year in Baltimore.  Can we talk about irony here?  Or just good old fashioned Karma.  Knowing these 2 gents side heavily with the Idiot Jerk in the White House, I'm sure both have tested positive.  They might not get ill, but they are probably both Carriers.  And, of course, you have to ask yourself how many others were infected at CPAC?  And CPAC was 2 weeks ago.  A lot of old Crazy, Christians attended.  I don't know about you, but I think this is rather humorous... Crazy Christians spreading the disease among themselves.  I think I've already mentioned this is going to be devastating when it hit their Mega-Churches, and we already know they're going to blame Bill Clinton.  And for those of you who don't know, this is what a Carrier looks like: 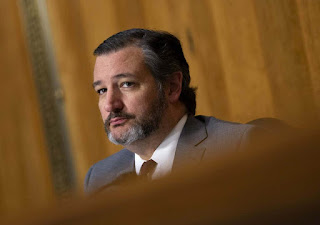 Thanks to the gentleman above, someone's granny might die.
Anyway, yesterday I worked with an very nice Hispanic couple who were having their bathroom tiled today.  That's right, the work is being done today.   And they came to the store the day before to start making their tile selections.  I wonder why their contractor hadn't told them this needed to be done ahead of time.  You see, sometimes (quite often) we only have limited quantities in stock.  We do not have a warehouse in the back.  We do not carry unlimited supplies.  Unlike Ted and Paul, we are not Carriers.